Facebook is being sued for more than £200billion over claims it fuelled the genocide of Rohingya Muslims in Myanmar. 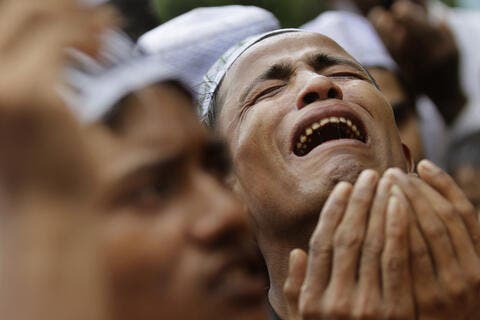 In a landmark case, lawyers have launched legal action on both sides of the Atlantic seeking 'reparation-style' compensation from the Silicon Valley tech firm on behalf of victims and survivors.

Rohingya Muslims sue Facebook in the US and UK for £150B for allegedly failing to prevent incitement of violence in Myanmar. https://t.co/hQ5LGjl9zq pic.twitter.com/rEekipQ30i

Those behind the case said that Facebook had 'fanned the flames of hatred' by repeatedly ignoring warnings that the platform was being used to share hate speech in the country.

The transatlantic coalition of lawyers, who are working with a number of charities, said that the legal action was needed to stop the company from 'running the world with impunity'.

It is thought to be one of the largest ever group claims launched against a private company through the courts.

Estimates say as many as 25,000 Rohingya, described as 'the most discriminated people in the world', were killed and more than 800,000 forced to flee to Bangladesh after violence erupted in 2017.

The attacks were launched by the predominantly Buddhist country's military alongside local death squads in reaction to low-level attacks by Rohingya militants on more than 30 police posts.

The UN said that forces had unleashed 'frenzied blood-letting and mass rape' in the Rakhine province in the west of the country, including the routine abduction of women and girls.

Despite the UN describing the military response as a 'textbook example of ethnic cleansing', campaigners said that Facebook failed to stop anti-Rohingya propaganda.

Facebook has admitted it was 'too slow to prevent misinformation and hate' in Myanmar and has said it has since taken steps to crack down on platform abuses in the region, including banning the military from Facebook and Instagram after the February 1 coup.

In a letter of notice to Facebook's UK arm, lawyers notified the company of the intended action in the High court, asking it to preserve any relevant documents for evidence.

The formal claim for negligence and breaching a duty of care, due to be filed later this month, will say that Facebook 'used algorithms that amplified hate speech' and failed to invest in local moderators.

It will also accuse the company of failing to remove posts and accounts that incited violence.

Jason McCue, a senior partner at McCue Jury & Partners LLP which is leading the claim, said the case was an attempt to 'stop this juggernaut of a company that is out of control'.

He added: 'Whilst on duty, it allowed toxic hatred and ethnic cleansing to be deployed at will by the Myanmar regime and its supporters within its extremist hate speech chat forums.'

In a co-ordinated approach, a claim was also filed at the Northern District Court of California in San Francisco on behalf of Rohingya refugees based in the US.

The American claim accused Facebook of being 'willing to trade the lives of the Rohingya people for better market penetration in a small country'.

The document added: 'It has had blinders on to any real calculation of the benefits to itself compared to the negative impacts it has on anyone else.

'And the undeniable reality is that Facebook's growth, fueled by hate, division, and misinformation, has left hundreds of thousands of devastated Rohingya lives in its wake.'

Rohingya refugees are asking for $150 billion in damages from Facebook, for the role it played in amplifying hate speech leading to genocide against the minority Muslim group in Myanmar.https://t.co/CFAUWDSHRv

Tun Khin, president of the Burmese Rohingya Organisation UK, said: 'This powerful global company must be held to account for its role in permitting the spread of hateful anti-Rohingya propaganda which directly led to unspeakable violence.'

When Facebook launched in Myanmar in 2011, the country was still relatively new to the digital age.

But now almost half of the country use Facebook through their mobile phone, which nearly all come pre-loaded with the app.

The tech firm has previously admitted that it failed to stop the site from being used to 'incite offline violence'.

Appearing before the US Senate in 2018, Facebook boss Mark Zuckerberg admitted 'we know we need to do more' over its role in Myanmar, formerly Burma.

Charities and NGOs say that they repeatedly warned the social media site 2013 and 2017 of the brewing sectarianism that was being stirred on the platform.

When the company did begin to respond after global uproar at the 2017 genocide, experts said the reaction was too late.

After the military coup earlier this year that saw Myanmar's democratically elected leaders locked up, Facebook said it would ban the armed forces from the platform.

But a report by the human rights group Global Witness in June found that its algorithm was still inviting users to like 'pages containing posts that incited and threatened violence'.

The complaint says it seeks to apply Myanmar law to the claims if Section 230 is raised as a defense.

Although US courts can apply foreign law to cases where the alleged harms and activity by companies took place in other countries, two legal experts interviewed by Reuters said they did not know of a successful precedent for foreign law being invoked in lawsuits against social media companies where Section 230 protections could apply.

But he predicted that 'it's unlikely to be successful,' saying that 'it would be odd for Congress to have foreclosed actions under US law but permitted them to proceed under foreign law'.

In 2018, UN human rights investigators said the use of Facebook had played a key role in spreading hate speech that fueled the violence.

A Reuters investigation that year, cited in the US complaint, found more than 1,000 examples of posts, comments and images attacking the Rohingya and other Muslims on Facebook.

The International Criminal Court has opened a case into the accusations of crimes in the region.

In September, a US federal judge ordered Facebook to release records of accounts connected to anti-Rohingya violence in Myanmar that the social media giant had shut down.

The new class-action lawsuit references claims by Facebook whistleblower Frances Haugen, who leaked a cache of internal documents this year, that the company does not police abusive content in countries where such speech is likely to cause the most harm.

The complaint also cites reports that Myanmar's military was using fake social media accounts to engage in what is widely referred to in the military as 'information combat.' 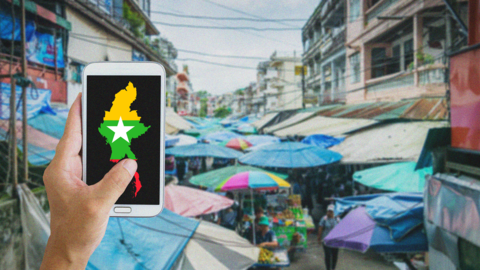 Mohammed Taher, a refugee living in the sprawling Bangladesh camps that are home to more than a million Rohingya, said Facebook had been widely used to spread anti-Rohingya propaganda. 'We welcome the move,' he said by phone.