Families of Victims of The Beirut Blast Call For Justice

Published July 10th, 2021 - 05:53 GMT
Lebanese demonstrators shout slogans as they lift portraits of relatives who were killed during a massive blast at Beirut's seaport a year earlier, during a protest in the capital on July 9, 2021, following a judge's decision to pursue senior political and security figures in the case, and requested permission for their prosecution. ANWAR AMRO / AFP
Highlights
Protesters pressure Lebanon’s parliament into lifting immunity for ex-ministers wanted for questioning in catastrophic Aug. 4, 2020 explosion

As the one-year anniversary of the Beirut port blast approaches, families of the victims are demanding answers. They protested in the capital on Friday to pressure parliament into lifting the immunity for ex-ministers wanted for questioning. 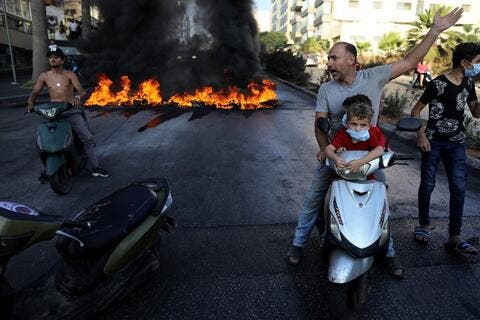 Lebanon's Tripoli is on Brink of Disaster

The Lebanese parliament failed to make progress in the port blast investigation and postponed a final decision for 15 days because it needed more proof.

Nearly 3,000 tons of ammonium nitrate — a highly explosive material used in fertilizers — had been improperly stored in the port for years. The chemicals ignited in the catastrophic Aug. 4, 2020 blast that killed 211 people, injured more than 6,000, and damaged entire neighborhoods.

Some of the families of victims attempted to storm the headquarters of Speaker Nabih Berri in Beirut but met resistance and then clashed with the Lebanese army and parliamentary guards.

“I have been crying over my son for a year and I am wishing every night I can see him in my dreams,” one protester shouted at the politicians.

“You have broken our hearts. You lie to people and make false promises. You have robbed the country and you are trying to scare us.”

Earlier this month, the leading judge in the case, Tareq Bitar, said he had demanded that parliament lift the immunity of ex-finance minister Ali Hasan Khalil, former public works minister Ghazi Zaiter and ex-interior minister Nohad Machnouk. The defendants, who are current MPs, have been accused of negligence because they were allegedly aware of the ammonium nitrate that was stored at the port and did not take action.

A request from Bitar to question Major General Abbas Ibrahim, head of the powerful General Security Agency, was rejected by Lebanon’s caretaker Interior Minister Mohammed Fehmi in a letter to the justice minister.

This action further angered families of the victims, who headed to the Interior Ministry headquarters to insist on “holding every person behind this crime accountable.”

The families and protesters said every official that refused to be questioned and took advantage of the immunity was guilty of manipulating the law.

“Avoiding the questions allows us to go to your house and bring you in to be questioned,” one protester said. “We are still waiting for you to appear before the justice.”

In other developments around the country, pharmacies went on strike over medicine shortages, two major power stations were grounded to a halt due to a lack of fuel and the Lebanese pound tumbled to a new low on the black market, reaching almost 20,000 for $1.

It was in the early morning hours Friday when the power plants shut down completely and electricity went out across the entire country and even inside the presidential palace.

Lebanon’s national electricity company, known as Electricite du Liban (EDL), said the power cuts were caused by a “delay in finalizing payment from foreign corresponding banks and the issuance of importers’ direct approval to unload the shipments.”

Water facilities in the north and south warned that they were reducing the distribution because of power cuts and low fuel levels.

The secretary-general of Lebanon’s Tourism and Trade Unions Federation, Jean Beiruti, said tourism facilities and hotels might be close soon due to the power outages.

“Tourism institutions are operated by private power generators and the diesel is purchased on the black market for double the price,” he said.

Pharmacies said they went on strike until the Health Ministry issues a price list for drugs and classifies them as subsidized and nonsubsidized, in agreement with Lebanon’s Central Bank (BDL). 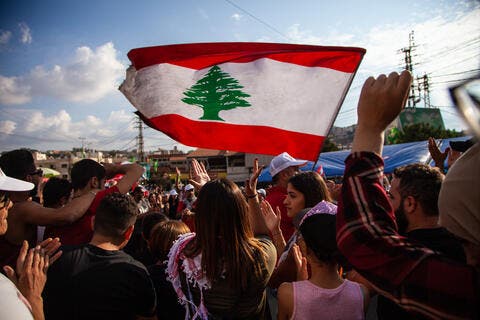 President of the Pharmacists Syndicate Dr. Ghassan Al-Amin said he was surprised when he learned that BDL only has $400 million allocated for medicine, fuel, flour, and medical supplies, which means that “medicine will only be allocated a part of this amount.”

Al-Amin expected the caretaker government’s minister of health, Hamad Hassan, to announce a new plan for a subsidy policy and address the current medical crisis.