Najiya Saleemi is relieved over reports that international flights to Pakistan have resumed as she packs her belongings to say adieu to Afghanistan, the land of beautiful orchards and rough mountain landscape that is suffering from severe economic hardships. 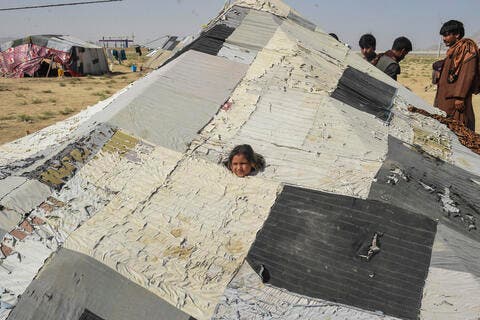 “We have done the packing, and just waiting for some official procedure to take an onward trip to the US from Pakistan,” Saleemi, 63, told Anadolu Agency while arranging food, with the great hospitality they offer to guests, regardless of their economic circumstances.

Ministers last night urged more councils to offer refuge as they set out how the authorities will receive £20,520 per Afghan refugee./THATS where our Social care money+increase is going are we stark staring crazy there are thousands of refugees some bogus ! Next Council tax hikes

Tears streamed down her cheeks when she spoke about her married daughter, who will remain in Kabul with her husband and four children. Saleemi said: “This is how this nation's people have been enduring the situation for a long time... divided families.”

The national flag carrier of Pakistan landed at Hamid Karzai International Airport on Monday, resuming international flights to the country that has been plagued by war and violence for the past couple of decades.

According to a UN refugees organization, there are 2.6 million Afghan refugees worldwide, with 2.2 million of them registered in Iran and Pakistan alone.

Another 3.5 million people are internally displaced persons, who have fled their homes for safety within the country, the UN Human Rights Commissioner for Refugees reported.

In light of the rapidly deteriorating security situation in 2021, the number of people fleeing will likely continue to rise, it said on its website.

Saleemi's son, who was sitting next to her, stated that the issue is not only the fear but also the future of my children's right to receive education in a fear-free environment.

His children, he stated, have developed certain psychological issues and are currently refusing to attend school.

Several more Afghans, like Saleemi and her family, desire to flee the country.

Nasratullah Haqpal, an Afghan writer and political analyst, said there are largely three types of people leaving the country.

“The first category of people are those who are concerned that the money they earned through illicit means during the previous regimes of President Ashraf Ghani and President Hamid Karzai will be unsafe to keep in Afghan banks or at home,” Haqpal said.

The number of these people is significant, and they fear the new interim Taliban administration may interrogate them or at least will not allow the illegal practices to continue, he opined while talking to Anadolu Agency.

We could all learn a thing or two from Albania, one of Europe’s poorest nations that has taken in 4,000 Afghan refugees.“We don’t put people in camps. They are dehumanizing and where all the problems start psychologically,” Prime Minister Edi Rama said.https://t.co/D7y9hqljew

The second category is of young educated people who believe there will be fewer job opportunities under the new administration in Kabul.

Finally, people who are drawn to modern lifestyles but find it difficult to adopt an Islamic way of life would strive to leave the country in some way, according to Haqpal.

The interim Taliban administration has faced a number of issues, including security, economics, immigration, and brain drain. 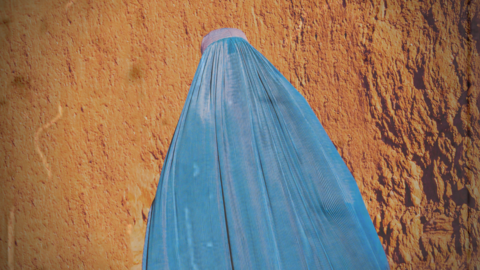 Despite the Taliban's Acting Culture and Information Minister Zabihullah Mujahid's appeal to stay and help rebuild the country, which appears to be divided along economic lines, the exceedingly rich and the incredibly poor, many people want to leave.

The Taliban is highly likely to face a huge challenge as a result of brain drain and the desire of the educated young to flee the country.