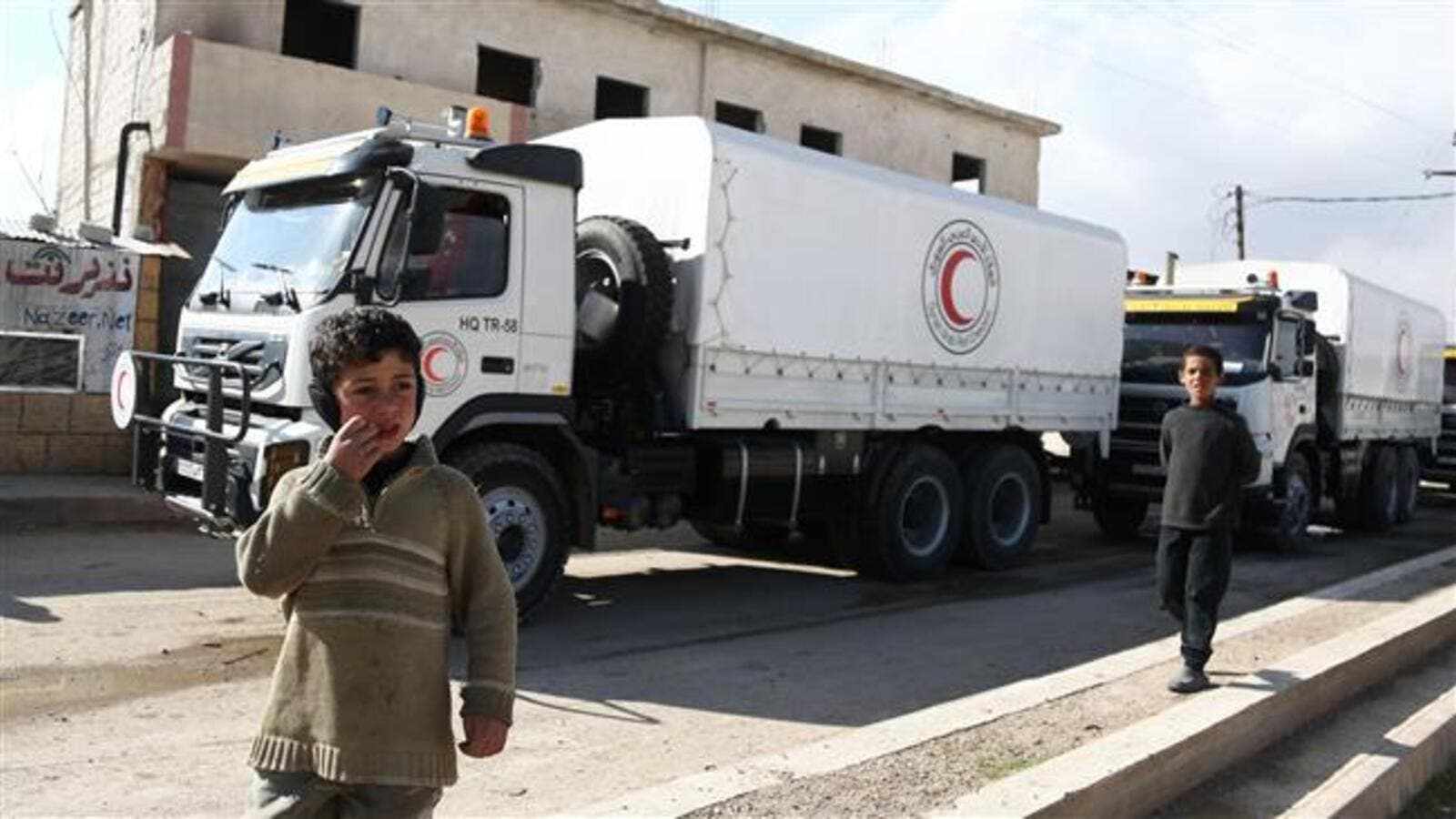 Syrian children walk in the street as a United Nations and Syrian Red Crescent inter-agency aid convoy arrives in the town of Utaya, in the militant-held enclave of Eastern Ghouta, Feb. 14, 2018 (AFP)

An aid convoy has for the first time this year reached the Eastern Ghouta region near Syrian capital of Damascus.

The U.N. humanitarian affairs office said Wednesday that the convoy, carrying medicine and food, entered Nashabiyah, a town about 19 kilometers (12 miles) east of Damascus, earlier in the day.

Nashabiyah is one of several towns controlled by anti-government militants in the Eastern Ghouta region since 2012. The government has imposed restrictions around the Ghouta, which is populated by around 400,000 people.

The U.N. aid was the first to reach to Eastern Ghouta this year. it comes amid an intensified government offensive to neutralize terrorist threats in the region where scores have been killed in the fighting over the past weeks.

The U.N. said the Syrian government only allowed the convoy to reach Nashabiyah and there was no report about similar measures in other towns of Ghouta.

Ghouta is among few places still controlled by militants in Syria as the government has managed to retake many territories in north and east. Many in those territories suffer from malnutrition and lack of basic medical supplies and are in dire need of humanitarian assistance.

More than 350,000 people have been killed and millions have been displaced in more than seven years of militancy which Syria blames on certain foreign governments. Damascus insists if it was not for those governments’ support, the war could not have such devastating impacts.