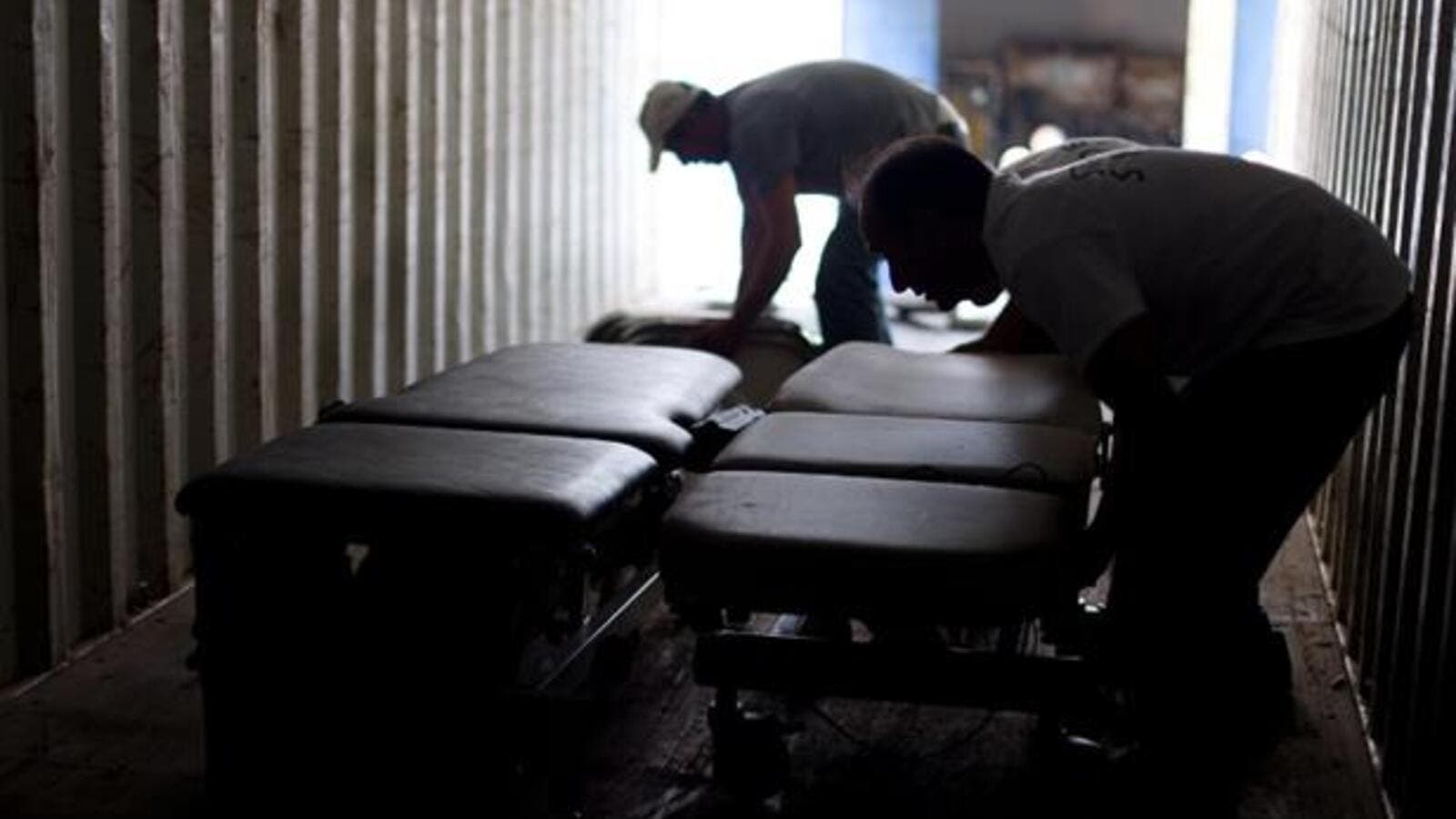 The Syrian army took control of Palmyra's only hospital in May, while other hospitals in the country were forced to close. (AFP/Leon Neal)

Four hospitals in the southern province of Daraa have been forced to close following airstrikes conducted by the Syrian government, AFP reported Thursday.

The Syrian Observatory for Human Rights said at least 18 people were killed after regime airstrikes in Daraa on Wednesday, one of which targeted a rebel location near a hospital in the town of Saida.

One of the hospital staff members were killed, the monitor said. The Saida field hospital was the fourth hospital to stop work within the week because of the strikes, Observatory Director Rami Abdel Rahman told AFP.

Another hospital that was run by a charity closed in the town of Eastern Ghariyah, which was hit by an air campaign in June that killed 16 people. The hospitals in towns of Naama and Tafas closed because of damage or fear of more airstrikes.

Syrian state news agency SANA stated, "At least 15 terrorists were killed and a bomb making factory was destroyed in an army operation against terrorist positions in the town of Saida."