Freezing Western Funds Will be Disastrous For Afghanis

The Afghani Ryan: Pray For a Child Who Fell Down a Well

The CEO of the International Rescue Committee told The Guardian: “If we wanted to create a failed state we could not have a more effective policy mix than the one we have at the moment.”

He added: “I simply do not understand the lack of urgency to get this thing moving. It genuinely befuddles me that we should have allowed this to get so much worse so quickly.”

Miliband and other high-profile figures and officials are urging US President Joe Biden and the World Bank to release urgent funding for Afghanistan to avert a humanitarian disaster and rebuild the country’s economy.

Miliband warned that an estimated $4 billion required to urgently supply the country with aid would likely rise to $10 billion next year if the country’s needs are not immediately met.

“There is absolutely no evidence that people who have spent 20 years fighting the Americans and won a war are now going to become susceptible to leverage that they have not been susceptible to for 20 years.

“The choice is a very brutal one. It is not ‘do you help the Taliban or not?’ It is ‘do you help the people or not?’ This is a government where already 75 percent of its spending came in the form of international aid and has gone overnight.”

Miliband warned that several critical issues must be addressed if Afghanistan is to survive the coming months without descending into a full-scale humanitarian catastrophe.

“There is no money to pay salaries. Some teachers and hospital workers have not been paid since April. That has to change.

“The US sanctions continue to have a chilling effect on commercial activity even though there are carve-outs in US and international sanctions for humanitarian purposes. The carve-out does not touch commercial entities so if you are a private agricultural or food importer who has to touch the government at the border in some way you are scared you are going to get caught up in the sanctions. 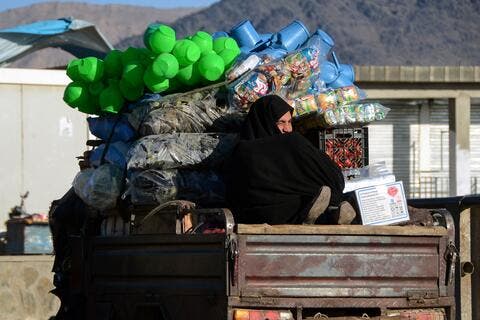 Afghan Crisis: The UK Wants to Aid Kabul Via a $4.4 Billion Pledging Venue

“Then there is the liquidity crisis, so there is no capital underpinning the banking system so no one can lend or pay for imports. Finally there are no technocrats or expertise in the Central Bank — they have all left. All this can be done without having to get into the issue of recognition of the Taliban.

“Together this is causing an economic freeze and in these tragic circumstances you can give more aid until you are blue in the face, and it will not solve the structural problems. I am in the ridiculous position of running an aid agency and I am saying ‘don’t just give out humanitarian aid, you have to underpin the economy’.”