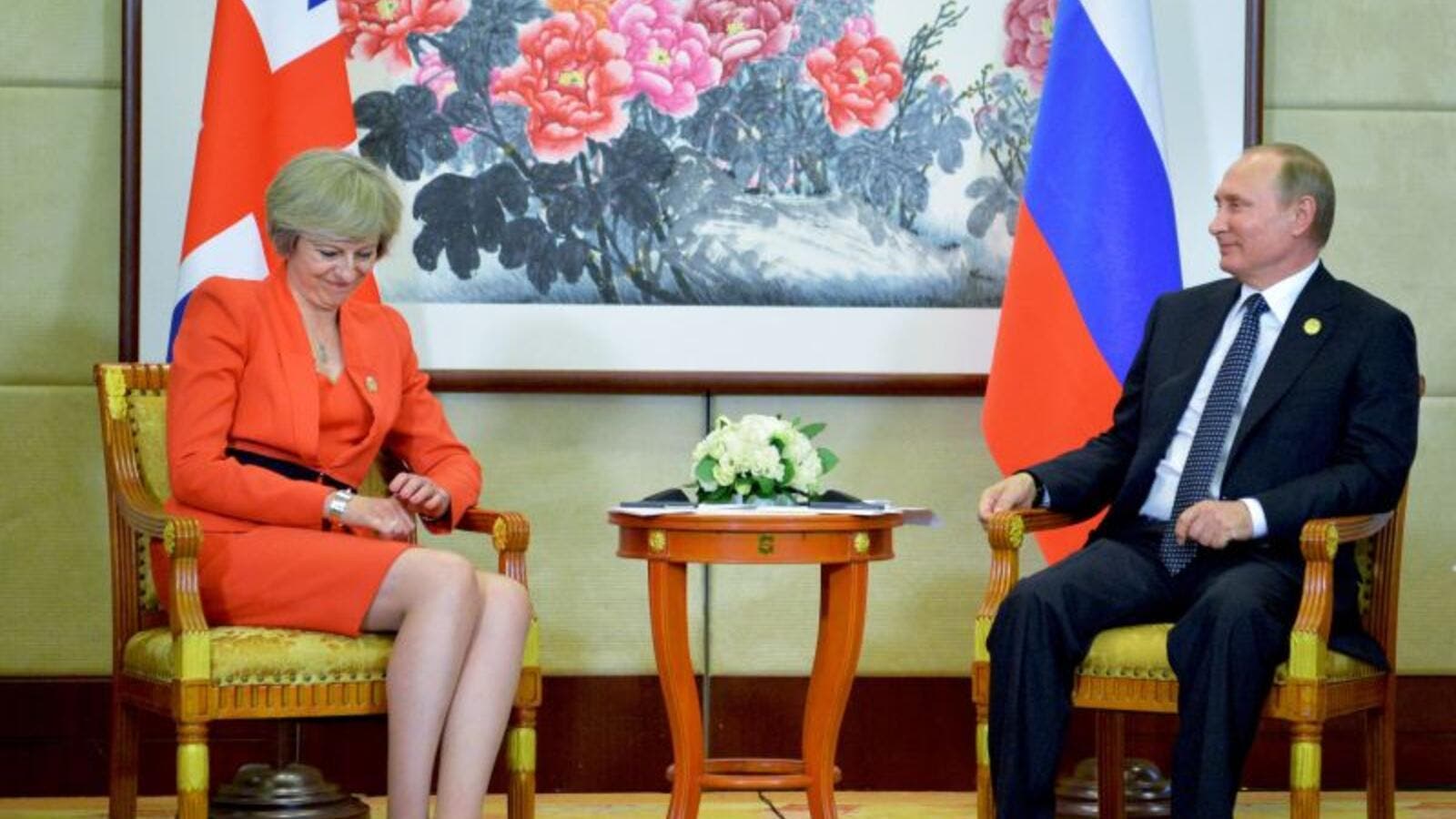 Russia and Britain are reportedly considering a one-on-one meeting between President Vladimir Putin and Prime Minister Theresa May in an effort to thaw strained relations before a new prime minister takes office in London.

The possible meeting will be held in the Japanese city of Osaka, at the sidelines of the Group of 20 summit, known as G20, which is scheduled for June 28-29, The Times newspaper reported.

Citing diplomatic sources, the British daily, however said a bilateral meeting between the two sides would only take place if there was a purpose to the meeting.

If happens, the meeting would be the first encounter at this level since the poisoning of Russian double agent Sergei Skripal and his daughter, Yulia in the British city of Salisbury, in March 2018.

British authorities accused Russian agents of involvement in the assassination. Moscow however, denied the allegations.

Europe and the United States sided with London and expelled scores of Russian diplomats from their countries. Ever since, relations between Moscow and London have fallen to a post-Cold War low.

The upcoming G20 summit is likely to be the last official foreign visit of May as the British prime minister. She announced her resignation late last month, over her government’s failure to organize the UK withdrawal from the European Union.

Following May’s resignation, the Russian president said he hopes the next UK prime minister would move on from the Salisbury accessions and move the relationship with Moscow into a new phase.

The UK has long been flaring up tensions with Russia over what it described earlier last year as a growing threat from Moscow. It has also been showing interest in supporting Ukraine in a standoff with Russia over the Crimean Peninsula.

Back in November, London warned Moscow against using its growing military presence in the Sea of Azov, a strategic ocean route linked to the Black Sea by the narrow Strait of Kerch, where Russia has built a bridge to link the Crimean Peninsula with the mainland.

Ties between Russia and the rest of Europe have deteriorated since February 2014, when Crimea rejoined Russia following a referendum.

Back in May, Foreign Minister Jeremy Hunt said the government was providing information to 16 allies in the NATO military alliance about Russia’s “cyber activities” in their territories over the last 18 months.

The British FM called on NATO’s all 29 members to team up against Moscow and deliver a “proportionate” response if Russia ever attacks.