Published May 21st, 2021 - 06:52 GMT
BEIT LAHIA, GAZA - JULY 4: Palestinian children stand among the ruins of buildings in Beit Lahia, Gaza, destroyed by Israeli air strikes in the 2008-2009 war known as Operation Cast Lead, July 4, 2012
Highlights
According to the Palestinian Ministry of Health, since 10 May over 219 Palestinians have reportedly been killed including 36 women, 63 children. Over 1,570 people have reportedly been injured in the Gaza Strip, including 480 children.

After 11 days of bloody conflict, Israel and the Palestinians agreed to a ceasefire. But the human toll and the extent of destruction of the infrastructure of Gaza especially, by Israeli continual bombardment took its toll on men, women, children, old and young. This is compounded the destroyed infrastructure with many houses and towers raised to the ground and up to 120,000 humans displaced. Around 63 children and 36 women were killed because of continued Israeli military strikes. This is not to say anything about the physical and mental health of hundreds of families and children that can’t be undone. 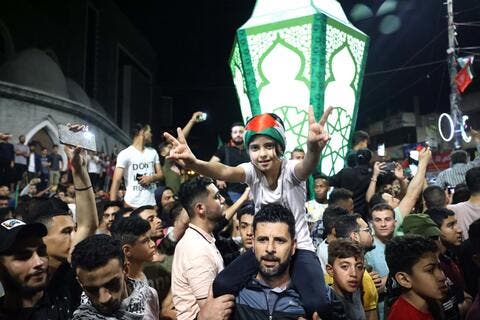 Ceasefire Deal Agreed After 232 Palestinians, 65 Children Killed Since May 10

Al Bawaba’s Chief Editor Ruba Hattar spoke to Mira Nassar, Communications Specialist in the UNICEF Office/East Jerusalem to get a feel of the dire humanitarian situation.

Al Bawaba: We appreciate your continued efforts to support families and children in the areas of conflict and highly value this opportunity to amplify your message of support to the world on the current situation in Gaza, Jerusalem and other conflict points. Can you update us on the situation in the different points of the conflict, particularly in Gaza. Is the number of casualties and deaths announced in the media correct?

What is the extent of damage to the infrastructure so far. Do the buildings demolished include schools, hospitals, and health centers?

Essential infrastructure – including groundwater wells and reservoirs, desalination and wastewater plants, water delivery networks and pumping stations – have sustained significant damage. We estimate that 325,000 people need emergency water and sanitation services, without which they are more likely to contract potentially deadly infectious diseases.

Electricity output across Gaza has dropped by roughly 60 per cent, leaving hospitals increasingly dependent on generators for the provision of essential healthcare services. These generators require significant amounts of fuel to function. Any reduction in health care capacity could also jeopardize treatment for those with COVID-19.

Can you estimate the cost of damage so far? What does this mean for development in Gaza bearing in mind the Strip is already considered a “wasteland” by non-other than the United Nations ?

Even before this latest wave of violence, children and families in Gaza were struggling terribly after 12 years of border closures and three armed conflicts – this is the fourth conflict in the Gaza Strip since 2009. Many people are living in poverty, with around 80 per cent of the population dependent on humanitarian assistance. The situation has been exacerbated by the COVID-19 pandemic and the enormous strain that this has placed on the already weakened health system.

More than 72,000 people, nearly half of them children, have been forced to flee their homes in the Gaza Strip due to violence and heavy bombardment since 10 May.

Families were already struggling to find clean water before this crisis. We are seeing a mental health crisis amongst the children facing ten days now of relentless bombardment. The psychosocial support required to address the mental health issues that we’re seeing in children is massive.

Is UNICEF allowed to provide support/aid in these areas? Are there restrictions? If so, how is the UNICEF management dealing with that?

UNICEF has been on the ground in the Gaza Strip for more than four decades. Together with other humanitarian partners and from day one of the crisis, we have been responding to the growing needs of children and families. Here is our response so far and more is planned: Pre-positioned medicines including saline solution, glucose, antibiotics, and ORS and consumables for 72,000 people. These supplies will support the continuity of Maternal, Neonatal and Child Health services and for the treatment of injured persons.

As soon as we can get access to our warehouses in Gaza, we will also release:

Would you say this is the biggest conflict in the area in the last 10 years?

Any conflict that affects children is a significant conflict. Children and their families are suffering the most in any conflict.

In comparison to Syria and Yemen, where would you place the effect this is having on children and families in the country?

A child is a child. All Children need to be protected and kept away from harm as they are the ones paying the heaviest price of all.

Each day, all children are being exposed to terrifying violence which could have long-term consequences for their mental health and wellbeing.

As many places are being hit including buildings with offices for international media outlets, what has been the most challenging task for UNICEF staff on the ground? How are they keeping safe to be able to give support?

UNICEF has been on the ground in the Gaza Strip for more than four decades. Together with other humanitarian partners and from day one of the crisis, we have been responding to the growing needs of children and families.

A cessation of hostilities to all parties to end this horrendous escalation in violence was most needed. At the very least, a humanitarian pause. This will allow families to have respite and expedite the delivery of much-needed humanitarian assistance to the Gaza Strip. Humanitarian access in and out of the Gaza Strip should be sustained and unconditional, including for lifesaving supplies.

What about other humanitarian entities, NGOs and activists, are they able to help or are they restricted? 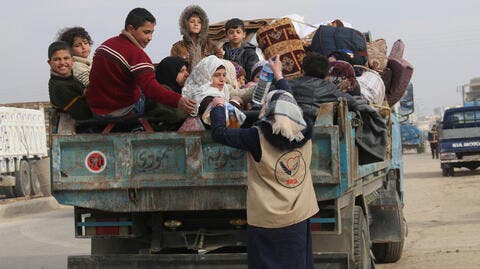 Is there a particular message you wish to send to readers around the world about what is happening?

The current situation is a human tragedy. Children are bearing the brunt of this escalation. In conflict, children always suffer first and suffer most.