'Give Lebanon a Break' Campaign Launched to End Political Clashes

Published December 1st, 2021 - 07:22 GMT
A Lebanese demonstrator lifts a burning tyre while blocking a road in front of the Electricite Du Liban company building in the southern city of Sidon (Saida), on November 29, 2021, as the country struggles with a deep economic crisis. (Photo by Mahmoud ZAYYAT / AFP)
Highlights
Lebanon has really become the republic of perpetual crises and political clashes due to ill practices

The Head of the Economic and Social Council (ECOSOC) Charles Arbid revealed on Tuesday a new campaign entitled “Give Lebanon a Break” to halt political clashes during the month of December. 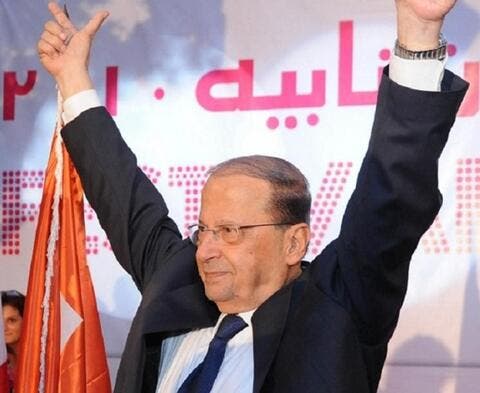 'Qatar is Ready to Support Lebanon'

In a press conference attended by Nayla Tueni, CEO of An-Nahar media group, and prominent figures from the worlds of economics, commerce and tourism, Arbid said: “The Lebanese today are facing a dead end. The political parties are not negotiating with each other, which is an expression of how bad the situation is.”

Local business leaders call on politicians to give #Lebanon ‘a break’ after country has become ‘the republic of perpetual crises and political clashes due to ill practices.’ https://t.co/lKFY8p4F2x pic.twitter.com/Jz6HlnDJyE

He said that politics was not the art of incitement, accusations of treason, or mobilizing one street against another. “Politics is meant to serve the people.”

“ECOSOC is the natural place to express the mood of the people,” he added.

“Lebanon has really become the republic of perpetual crises and political clashes due to ill practices, and our ambition is to transform it into the republic of solutions.”

The press conference was prompted by the governmental paralysis that has prevailed since last October.

Arbid called for a pause to political clashes during December, so that the Lebanese have chance to catch their breath and political parties can calm down and start searching for solutions away from confrontations.

Arbid addressed the politicians, saying: “Give us just one month.”

Tueni said: “We cannot ask anyone about their situation because we already know the answer which is not positive. We fear sending our children to school or going to work. We live in uncertainty.”

“This is not the image of Lebanon that we like, the image of loving life and smiling. Let us stick together as Lebanese, so that this month can pass without clashes in the streets, burning tires, nor confessional or sectarian tension. Give Lebanon the break it needs to continue.”

Tueni said: “We, the media, will shed light on all positive news, and we might cover a clash or a speech but in a new way. We will shed the light on any violator.”

Pierre Ashkar, the head of the Federation of Tourist Syndicates and the head of the Syndicate of Hotel Owners in Lebanon, said that the tourism sector is facing a great depression. “Everybody is working against tourism in Lebanon, which is confirmed by the declarations by politicians and the hostility they showed to the Arabs.”

He said: “The sector has been left prey to wolves after a relatively good period during the summer when internal tourism was active. Yet the current situation exhibited a huge decline and 2,000 rooms have been vacant in Beirut hotels since the explosion of Aug. 4.”

“Until now no tourism enterprise declared its program for the holiday season, for there is nothing encouraging as the dollar exchange rate is still increasing, there is no electricity, water, nor diesel, and the costs have become huge for the owners of enterprises, with no political nor economic solution in horizon. So, there are no indications that we will be celebrating this year.”

Ashkar said: “There are 650,000 people who used to travel to Turkey every year but who substituted this with internal tourism due to the high travel costs and health risks.”

These protests in #Lebanon is worsening its economic condition https://t.co/ILB8VGiuMl 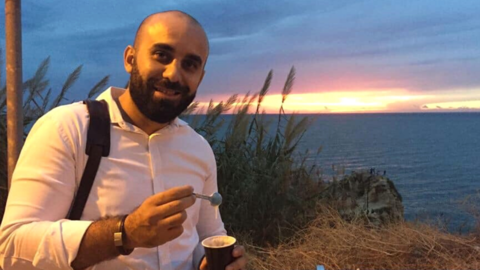 While there are no indicators of a possible political silence during holiday season, activists on social media have launched a campaign “#Khallouh Indcom” (Keep him with you), calling on Qatar to keep President Michel Aoun, who was visiting Doha, and not let him back to Lebanon.

Some of them called for “stopping all flights between Lebanon and Qatar,” while an activist tweeted that he is ready to pay for the President’s expenses, and another tweeted “Thank You Qatar.”