Published November 29th, 2021 - 07:44 GMT
Radwan Murtada is a Beirut-based journalist who is outspoken about the govt. (Facebook)

A recent military court decision to imprison a Lebanese journalist for 13 months for "insulting the military", over remarks he had made in connection to the Beirut port blast. 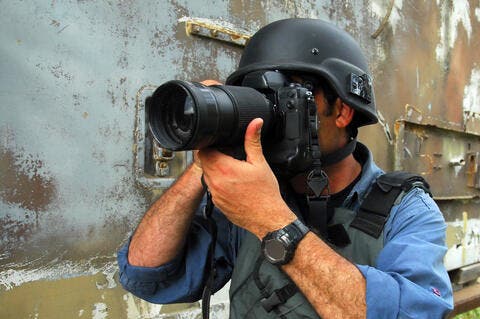 Lebanese journalist Radwan Murtada who works for Al-Akhbar newspaper has been reporting on the prosecution since the beginning of 2021.

The military court issued a judgment in absentia to imprison the journalist Radwan Mortada for the offense of insulting the military establishment through his articles exposing the army's responsibility, through criminal negligence, for the Beirut port explosion. pic.twitter.com/jpYZXGKEH7

Last January, Murtada appeared in a TV interview in which he criticized the government's approach following the Beirut explosion, naming the Lebanese armed forces for what he described as "a donkey-like failure to prevent the explosion".

In Lebanon, criticizing the military is considered a criminal offence that is punishable by up to three years in jail. However, Murtada's case prompted questions over whether or not journalists should be prosecuted by military courts for expressing their own views.

The reason? They were trying to arrest Radwan Mortada, a journalist critical of the army’s conduct relating to the #BeirutBlast

He’s still there, says will try to go home. pic.twitter.com/0QQOYdAKBI 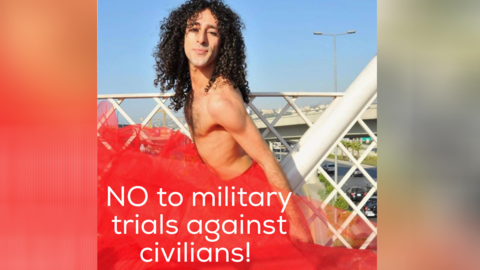 Civilians in the Military Court: Is Lebanon Sliding Into a New Age of Silencing Critics?
— Timour Azhari (@timourazhari) January 15, 2021

Information Minister George Kurdahi has issued a statement Sunday commenting that Al-Akhbar reporter Radwan Mortada's case should have been dealt with by the Publications Court, not the Military Court. @TalaRamadan reports:https://t.co/dloYDPKGmn

The Lebanese Minister of Information George Kordahi expressed hope that Murtada would receive justice, agreeing with people who think journalists should not be summoned to military courts and showing support for freedom of speech.

Online, many commentators tweeted in sympathy with Lebanese journalist Radwan Murtada, saying that authorities should invested more in investigating the August 4th, 2020 explosion and delivering justice to victims instead of attempting to silence the press.