Published January 5th, 2022 - 08:40 GMT
Arianna Delane is expected to survive her injuries, but had to undergo surgery after being hit by bullets. (Twitter/ Shutterstock)
Highlights
George Floyd's four-year-old great-niece, Arianna Delane, was shot at her home in South Houston over the weekend

The four-year-old great-niece of George Floyd has been shot in her bed, during a 'targeted attack' on her Texas apartment in the middle of the night. 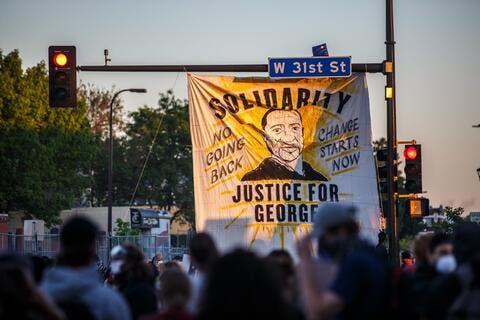 Arianna Delane is expected to survive her injuries, but had to undergo surgery after being hit by bullets which punctured her lung and liver leaving her with three broken ribs in Houston over the weekend.

So far, police have not revealed a motive nor have they provided a description of the shooter. But the family have said they know who opened fire, and have suggested the shooting was targeted, without commenting further on a possible motive.

George Floyd's great-niece, 4, is SHOT by gunman who opened fire on her Houston home in 'targeted attack' https://t.co/Jx9480IP5U

Gunshots were fired randomly by suspects into the family home on the second floor at around 3am on Saturday night.

At the time of the shooting there were six people inside the property in south Houston with four adults and two children all asleep, with Arianna in her bed in a front bedroom.

'My daughter jumped up and said, 'Daddy, I been hit,'' her father, Derrick Delane told ABC 13.

'I was shocked until I seen the blood and I realized my four-year-old daughter was really hit,' Delane recalled. 'She didn't know what was going on. She was asleep.'

Delane said that he hoped his daughter would still be able to achieve her dream of becoming a dancer or cheerleader.

'Why would my house get shot up?' Delane asked. 'My daughter don't know. I can't explain that to her. As the father, you're supposed to protect the kids.

'She's healing very fast. The last time I checked on her she was breathing on her own. She was doing really great,' Delane said speaking of her recovery.

The family have also claimed that the police did not arrive until 7am - four hours after the incident occurred.

An investigation is now underway to examine why the police response was so delayed.

'I am aware and have concerns regarding the delayed response time in this incident and have initiated an Internal Affairs investigation. I ask the city continue to pray for the child's full recovery and assist in providing information that would lead to the arrest of the suspect or suspects responsible,' Houston Police Chief Troy Finner said in a statement.

Arianna had been seen at several Black Lives Matter protests the followed the killing of her great uncle, George Floyd.

She was related to George through her grandmother, LaTonya, who was his sister.

Floyd was killed on May 25, 2020, having been arrested for allegedly attempting to use a counterfeit $20 bill to buy cigarettes at a grocery store.

George Floyd's niece, 4, is shot in attack on family home after attending protest to honor her uncle https://t.co/Ua7xuC6aBg

His triggered protests around the globe  against racism and police brutality.

Shortly after the incident, video emerged of Minneapolis Police Officer Derek Chauvin kneeling on Floyd's neck as he lay on the ground for nine minutes.

Floyd cried out, 'I can't breathe!' over and over. His words became a rallying cry for demonstrators the world over. 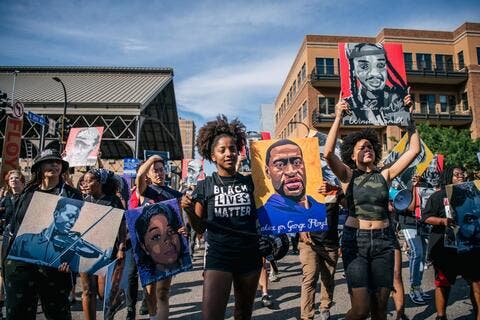 Three other officers, Tou Thao, Thomas Lane, and J Alexander Kueng, were fired from the police department who did nothing to intervene while witnessing Floyd's death.