Greece Snubs EU Law; Says It Will Not Accept Refugees

Greece says it will reject the majority of refugees coming via Turkey despite EU laws requiring European nations to share the responsibility of asylum seekers. 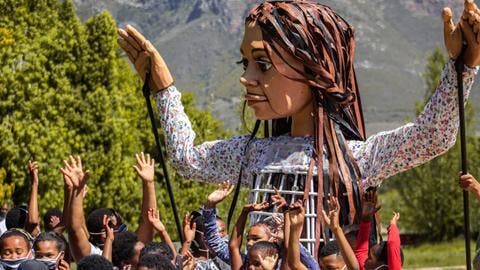 Puppet is a Message of Hope For Syrian Refugees!

Greece on Monday declared Turkey safe for refugees coming from Syria, Afghanistan, Pakistan, Bangladesh, and Somalia. The move will result in active blocking of their asylum applications and force them to settle in Turkey.

Greece's foreign and migration ministries issued a decree that said these refugees “are not in any danger ... due to their race, religion, citizenship, political beliefs or membership in some particular social group, and can seek asylum in Turkey instead of in Greece.”

Notis Mitarachi, Greek Minister of Migration and Asylum, says the decision is fully aligned with international law from a humanitarian perspective. But Tara Ansari, a specialist in European Asylum Law, rejected the notion, saying that it “clearly contradicts with the EU law and international law”

“Instead of Greece taking its responsibility under international refugee law, it's pushing the burden on other countries that are already overwhelmed by the number of refugees,” she told TRT World.

“Greece, and Europe as a whole has been avoiding its responsibility for the refugee protection while formally pretending to uphold international law and EU law by saying the safe third country concept is in line with international law, as Mitarachi did in his ministerial decision,” she said.

According to the Dublin regulation, an EU law, refugees are only allowed to seek asylum in the first country they enter once they step onto European soil. The refugees from countries that Athens listed in the latest announcement, often tend to arrive in Greece.

The safe third country concept is used to declare refugees seeking asylum in the first country as inadmissible, according to European Council on Refugees and Exiles.

As per the concept, refugees who arrive in the first EU country are asked to go to a third country where they have more in common viz-a-viz culture, ethnicity, race, etc, and where they can thrive seek asylum. But not all the third countries fit that criterion.

The Greek minister says the refugees from these five countries happen to be Muslim-majority countries and therefore they would not pose any security threat to Turkey.

Ansari, on the other hand, points out that Turkey, the largest host country of refugees, doesn’t have the legal or structural systems to support these refugees to help them meet the criteria to be designated a third country by EU standards. It doesn't have the socio-political means to do it.

Instead, Turkey has a self-designed system where refugees are given temporary protection and granted an identification document called 'Kimlik' rather than being accepted as refugees for settlement.

In March last year, Ankara announced that it will no longer stop refugees who want to leave Turkey, and refused to be Europe’s gatekeeper in the absence of cooperation from European neighbours. In 2021 alone, more than 3,000 people travelled to Greece from Turkey seeking asylum. According to the United Nations' refugee agency, 47 percent were from Afghanistan, 15 percent from Syria, and nine from Somalia.

Following the decision, thousands of refugees flooded a Turkish coast in an attempt to try and cross into Greece. What came next were repeated reports of Greek pushbacks that human rights organisations call a “collective expulsion” of refugees as part of a systematic practice implemented by Athens.

Greece's decision is based on the assumption that the updated policy will prevent “illegal migration flows and criminal activity,” such as human smuggling.

Many refugees are granted the right to seek asylum in Greece due to the Dublin protocol, but the country is only a pit stop for a majority of them headed to other European countries.

“The demand of people wanting to flee their countries of origin, or find safety will not stop,” Ansari says, adding that people still want to take long, arduous journeys to reach countries perceived as safe and wealthy such as Germany, Sweden, France, Netherlands. 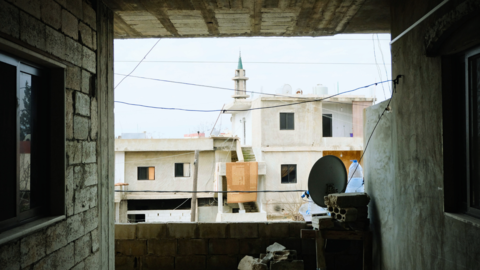 "For many people, for example for Afghans and Pakistanis, coming to Greece they do get their asylum interview although Greece is also a country where they're suffering and stable human rights violations," Ansari explains. Once their asylum procedures are taken away, people of these nationalities currently based in Greece are likely to find other smuggling routes to get faster to the countries they want to.

"The only thing that will change, is the fact that smugglers and criminal organisations will find more risky ways to get these people to those places," she says, "and that in the end, is going to lead to horrible human costs."