Haftar is Set for New 'Military Escalation' on Tripoli 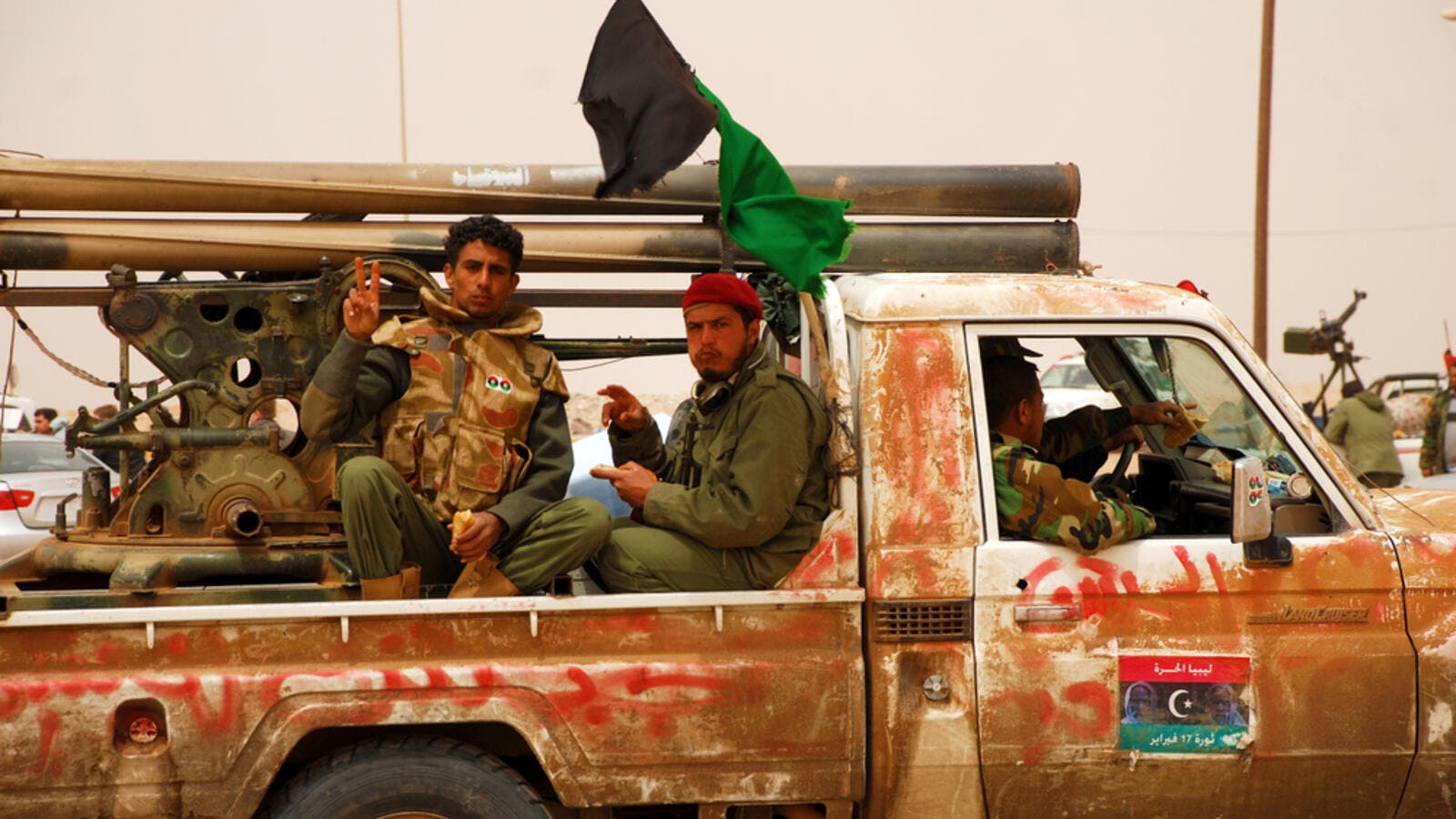 Libyan rebels travel to a battle (Shutterstock)
Highlights
The GNA said on its Facebook page it was "concerned over reports, confirmed by the UN and the media, on preparations for a new military escalation".

Deadly fighting has rocked the capital's outskirts since Haftar's self-styled Libyan National Army launched an offensive on April 4 to take the city from the Governmentof National Accord.

The GNA said on its Facebook page it was "concerned over reports, confirmed by the UN and the media, on preparations for a new military escalation".

The United Nations mission in Libya said in a tweet on Saturday that it was "doing its outmost with all local and foreign actors to avoid military escalation and to ensure protection of civilians".

Videos circulated on social media in recent days, some by a pro-Haftar television channel, show columns of LNA military vehicles trucking towards the south of the capital. The footage could not be independently verified.

Haftar's self-styled Libyan National Army has been waging an offensive against rival militias around Tripoli since April.

Nearly 1,100 people have been killed in Haftar's months-long campaign to wrest control of Tripoli from the GNA, according to the UN's World Health Organisation.

The fighting has also forced more than 100,000 people to flee their homes.

While backing the government, Western powers earlier this year sent mixed signals, with US President Donald Trump praising Haftar in a phone call and France and Italy welcoming him on visits.

The UAE, Egypt and Saudi Arabia are seen as key supporters of Haftar. In May, an investigation by Al-Jazeera Arabic TV revealed that cargo planes were found to be dropping off unidentified material at airbases controlled by general Haftar.

Reports earlier this week revealed the UAE was reportedly close to opening a military base in northern Niger close to the border with Libya, where Emirati-backed forces are fighting to take over the capital Tripoli.

New website Africa Intelligence reported this week that the oil-rich Gulf state is on the verge of opening the base in the Saharan country to further provide support for rogue Libyan general Khalifa Haftar.

Niger is already home to US, French and German military bases.

UAE has reportedly provided military support for Haftar in his current military offensive to take control of Tripoli in violation of a UN arms embargo on Libya.

The New York Times reported earlier this month that forces loyal to Libya's unity government had discovered French missiles at a base used by Haftar.

The newspaper claimed that markings on the missiles indicated they had been sold to the UAE in 2008.

The UAE has also attempted to build a military and naval base in Somaliland.