Published September 15th, 2021 - 08:02 GMT
Relatives of the Colombian ex-soldiers allegedly involved in the assassination of Haiti's President Jovenel Moise, take part in a demonstration demanding a fair trial for the detainees in Bogota, on August 9, 2021. (Photo by Raul ARBOLEDA / AFP)
Highlights
Prime Minister Ariel Henry has been barred from leaving country 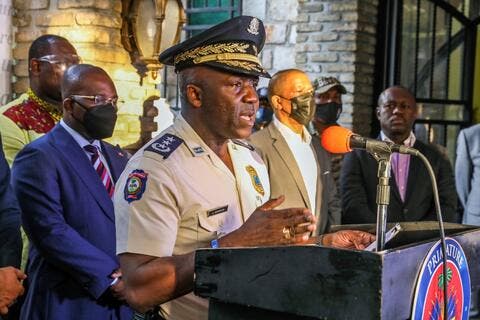 Haiti PM Ariel Henry banned from leaving country amid investigation into his alleged involvement in the assassination of President Jovenel Moïse https://t.co/U52gZntLFa

Henry was summoned to testify after the investigators confirmed a series of phone calls between him and Joseph Felix Badion, one of the three main suspects in the assassination. Badion, a former Haitian Justice Ministry official, is currently believed to be on the run.

The prime minister has denied the accusations.

“The real culprits, the masterminds and sponsors of the odious assassination of President Jovenel Moise, will be identified, brought to justice and punished for their crime,” Henry published on Twitter on Sept. 11.

Moise, 53, was assassinated on July 7 by armed commandos at his home in Port-au-Prince. 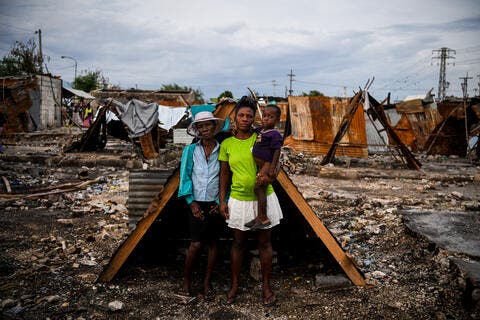 One day before his death, Moise appointed Henry but he was not sworn in. After the assassination, interim Prime Minister Claude Joseph took control of the country unleashing a crisis for the political class. Days later, Joseph handed power to Henry, who promised to form a provisional consensus government until elections were held.

Authorities confirmed 26 suspects have been arrested, including three police officers and 18 former Colombian soldiers involved in the assassination.