Hamas Calls For Unity to Fight The Israeli Occupation

Published June 6th, 2022 - 05:50 GMT
Palestinian students supporting the Islamic Hamas movement wave the movement's flag as they celebrate a victory in student elections at Birzeit University on the outskirts of Ramallah in the occupied West Bank on May 19, 2022. (Photo by ABBAS MOMANI and ABBAS MOMANI / AFP)

The Palestinian resistance movement Hamas says only through unity and resilience can the Palestinians fight the Israeli occupation and foil its plots. 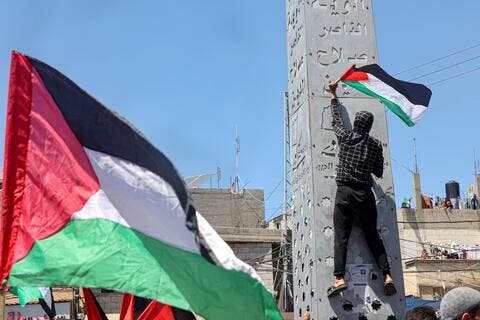 Hamas made the comments in a statement released on the 55th anniversary of the ‘Naksa’ (setback), a term Palestinians use to describe the Israeli occupation of East al-Quds, the West Bank and the Gaza Strip in 1967.

“Comprehensive resistance is the only way to regain our Palestinian rights and liberate our land and sanctities. Resistance has proven its ability to unite our Palestinian people in all their residences, curb the occupation, and repel the enemy's aggression,” the resistance movement said.

🔹The Palestinian resistance movement Hamas has called on the international community to take immediate action to protect Palestinian children from Israeli pic.twitter.com/5Ye4bGOCng

Hamas also stressed the importance of achieving national unity and true partnership in accordance with a resistance program to protect and defend the national rights and the holy sites.

“The occupation’s crimes, its massacres and ongoing aggression against our land, people and holy sites, especially Jerusalem [al-Quds] and the Aqsa Mosque, will not bring it security or alleged sovereignty over an inch of our land or succeed in breaking our people’s will and determination to continue their legitimate struggle for their national rights,” the statement further read.

Hamas noted that the Israeli regime, after seven decades of “its brutal occupation of our historical land”, has begun to see it demise, doubt the future of its existence, and the departure of its settlers from the occupied Palestinian territories, due to its fear of the steadfast Palestinians in al-Quds and the heroism of their youth across the occupied West Bank.

The Gaza-based resistance movement also called on those Arab countries that have already normalized their relations with the Tel Aviv regime to backtrack the so-called “normalization path.”

Hamas said such a path is “in the wrong direction that serves only the agenda of the occupation in escalating its terrorism against our Palestinian people, land, and sanctities.”

While the Palestinian Authority is becoming less popular by the day, Hamas is generating more support among Palestinians by the hour https://t.co/1SEgQFPX5g 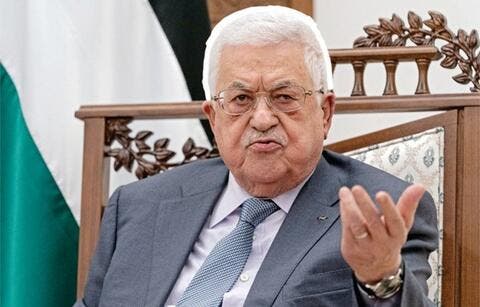 It concluded that the “duty to liberate Palestine and end the occupation is not only a Palestinian responsibility”, stressing, however, that it is also the duty of all Muslims around the world.

Hamas called for the formation of an Arab and Islamic front that “supports and enhances the stability of our people on their land, and supports their steadfastness in their legitimate struggle until the end of the occupation.”