Top leaders of the Palestinian and Lebanese resistance movements have exchanged views on the latest Palestinian military gains against Israel and ways to achieve “ultimate victory” against the occupying regime. 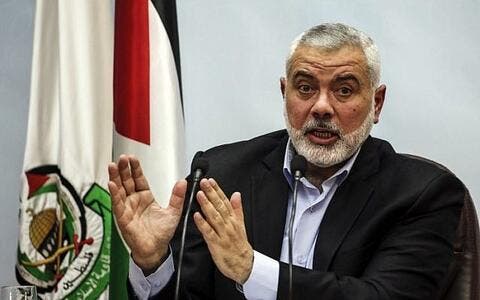 Accompanied by a delegation, Ismail Haniyeh, the visiting head of Hamas’ Politburo, met with Hezbollah Secretary General Sayyed Hassan Nasrallah on Tuesday for talks on “the latest developments related to the resistance [campaign] against the Israeli enemy in the region,” Lebanon’s al-Manar television network reported on its website.

During the meeting, the two sides held talks on the details of Operation Sword of al-Quds and its repercussions, Hezbollah’s Media Relations Office said in the statement.

The Palestinian resistance groups that are based in the Israeli-blockaded Gaza Strip launched the operation on May 11, days after the Israeli regime turned a deaf ear to their earlier ultimatum and kept assaulting their compatriots and their sanctities in the occupied territories.

Upwards of 4,000 rockets were fired towards the Israeli-occupied territories during the operation, killing 11 Israelis and causing millions of dollars in damage to the occupying regime’s various structures and facilities.

The rockets flew throughout the entire expanse of the territories, reaching as far as Tel Aviv, the holy occupied city of al-Quds, and even northern-lying cities such as Haifa and Nazareth, forcing the regime to desperately demand a ceasefire.

The Palestinian factions had so far fended off several wholesale Israeli wars, but the recent victory marked the most decisive one to ever be scored by them given its grand scale and manner of achievement.

Haniyeh and Nasrallah discussed ways of leveraging the victory through “utilizing all capabilities in a bid to reach the final and decisive victory,” the statement added.

The two sides also laid emphasis on the strength of their brotherly relations, which they said have an important role in the consistency of the regional resistance axis.

Haniyeh reached Beirut on Sunday at the head of a delegation. The official has so far sat down with several other notable Lebanese figures.

After meeting with President Michel Aoun, he said the two had talked about the political and field developments that concerned Palestine, and the strategic outcome of the Operation Sword of al-Quds.

According to the Hamas’ official, the two underlined that resistance was the “strategic option” to be used towards Palestine’s liberation and also underscored the Palestinian refugees’ right to return to their homeland. 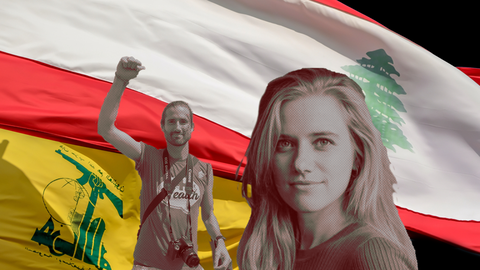 Lebanon is also technically at war with the Israeli regime given the regime’s 1967-present occupation of the country’s Shebaa Farms. The regime also launched two massive wars against the country in the 2000s, both of which were successfully confronted by Hezbollah.

Haniyeh also met with Lebanon’s caretaker Prime Minister Hassan Diab. During the meeting, the former said Hamas would continue its efforts to finalize reconciliation among various Palestinian factions, stressing the contribution of such reconciliation to victory against the occupying Israeli regime.