The Palestinian resistance movement Hamas has lambasted a US congresswoman for “equating the victim with the executioner” during her remarks in condemning Israel’s recent brutal aggression on the besieged Gaza Strip, which killed hundreds of people. 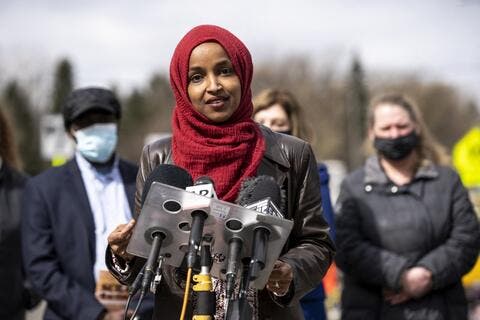 In a statement on Saturday, Dr. Basem Naim, a member of the International Relations Office of Hamas Movement, said a recent statement by Ilhan Omar, a member of the US House of Representatives, was strange as she grouped Hamas with the Israeli regime, the US and the Taliban militants group.

“The remarks made by US congresswoman Ilhan Omar are very peculiar; she equated between the victim and the executioner when she treated the resistance of the Palestinian people, the Israeli crimes in Palestine, and the US aggression in Afghanistan as an equal footing,” the Hamas official said.

Omar, a Minnesota Democrat, posted a video on her official Twitter account on Tuesday, saying that “unthinkable atrocities” have been “committed by the US, Hamas, Israel, Afghanistan, and the Taliban”, asking US Secretary of State Anthony Blinken “where people are supposed to go for justice.”

Naim, however, slammed Omar, saying that it was “unacceptable to make such an unfair comparison, which contradicts with basic norms of justice and international law.”

“The Palestinian people have been living under the Israeli occupation for more than seven decades, during which they have experienced unbearable suffering and against whom heinous crimes were committed,” the Hamas official further said.

The reaction from Hamas came after Omar denied on Thursday that she was equating the Israeli regime and the US with Hamas and the Taliban. The resistance group did not accept her denial, which was a response to criticism from her Jewish colleagues over the equation.

“Fully backed and protected by successive US administrations, unfortunately, the Israeli occupation, however, refuses to abide by all international resolutions and continues its aggression against the Palestinian people in stark breach of international security and stability,” Naim further noted.

Hamas, nevertheless, praised Omar for her condemnation of Israel’s atrocities against Palestinians, particularly against the impoverished Gaza Strip.

The Israeli aggression was launched on May 10, after the enclave rose up in protest against Tel Aviv’s escalations in the occupied West Bank.

Gaza’s Health Ministry said 260 Palestinians were killed in the Israeli war, including 66 children.

A question from Ilhan Omar about ICC inquiries into alleged war crimes committed by Israel and Hamas sparks anger and discussion in US Congress https://t.co/MSlCIxbkle pic.twitter.com/I1FvEOgg6Q

An Egyptian-brokered truce that came into force in the wee hours of May 21 finally ended the apartheid regime’s military confrontation.

The ceasefire came after the Gaza-based resistance movements fired more than 4,000 rockets into the occupied territories, some reaching as far as Tel Aviv and even Haifa and Nazareth to the north, in response to the Israeli bloodshed.

“The deliberate and brutal targeting of Palestinian civilians during this aggression was intended to inflict a heavy cost on the Gazan population in a bid to break the Palestinians’ will and their support for the Palestinian resistance,” the Hamas official added. 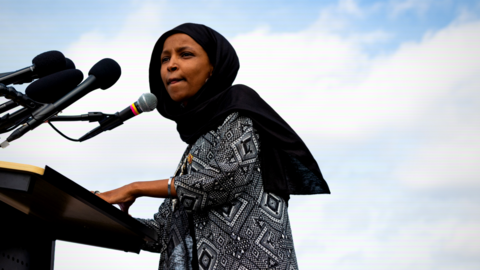 Naim also welcomed all the international investigation committees and expressed Hamas’s readiness to cooperate with them in a bid to achieve justice and hold the aggressors accountable. This is while the Tel Aviv regime completely refused to cooperate and allow them to access Palestine.

“We expect Omar and all defenders of Palestinian rights to describe things correctly and accurately because this is the most important starting point for establishing the foundations for a just solution to this chronic conflict,” The Hamas official said in conclusion.