Following a question she asked the US Secretary of State during the House  of Foreign Affairs Committee hearing, US representative Ilhan Omar posted a video of her question on Twitter, with a caption that angered right-wing commentators and politicians. 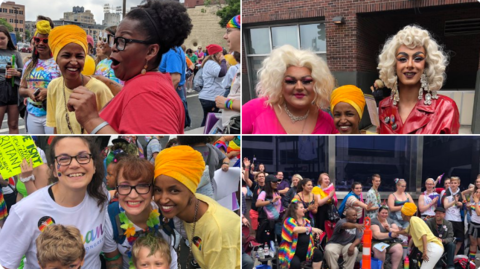 Ilhan Omar Accused of Hypocrisy for Marching at Minnesota Pride

We must have the same level of accountability and justice for all victims of crimes against humanity.

We have seen unthinkable atrocities committed by the U.S., Hamas, Israel, Afghanistan, and the Taliban.

I asked @SecBlinken where people are supposed to go for justice. pic.twitter.com/tUtxW5cIow

Omar's question was centered around the US policy towards Israel which has been largely supportive, asking Anthony Blinkin about the measures Israeli forces have taken to ensure minimum Palestinian civilian causalities during the latest military operation in Gaza, given that the strip is densely populated with very few safe shelters.

Commenting on her own video, Omar said that Americans should have "the same level of accountability and justice for all victims of crimes against humanity."

The Minnesota representative went on to say: "We have seen unthinkable atrocities committed by the U.S., Hamas, Israel, Afghanistan, and the Taliban." This part of the tweet has triggered many angry reactions online, with many commentators, mostly right-wing voices, who accused her of equating two organizations designated as "terrorists" by the US government with the government of Israel and the US.

We urge Rep Omar to clarify her words placing the US and Israel in the same category as Hamas and the Taliban pic.twitter.com/KfcnmpLRO6

Online people have urged Ilhan Omar to clarify her words, calling her statements "offensive and misguided."

Responding to the backlash, Omar and her supporters defended her stance, saying that governments of the US and Israel have a pattern of violations that need to be addressed, such as the killing of George Floyd in May 2020, and the many violations Israel has been committing in East Jerusalem, the West Bank, and the Gaza Strip. 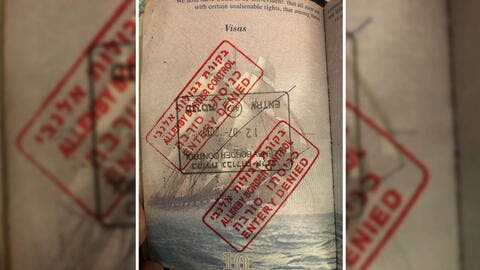 "The murder of Mr. Floyd is not unique—it is a pattern among many Minnesota law enforcement agencies."
Rep. Ilhan Omar is calling on the DOJ investigation to extend its investigation beyond the MPD.https://t.co/8SBMlgvEqN

The Jewish Congressional Caucus had an entire meeting about this Tweet of @IlhanMN. It’s not just that there are desperate, it’s that they are a shanda https://t.co/32eiLwDiBU pic.twitter.com/9O7Uoek8Cj

Moreover, the Jewish Congressional Caucus has reportedly met on Wednesday to discuss what they described as "antisemitic remarks" by Ilhan Omar.