The Palestinian resistance movement, Hamas, has issued a statement following escalation of violent clashes between Palestinians and Israeli forces across the occupied territories, calling on all people of Palestine to remain united and continue resistance against the Tel Aviv regime. 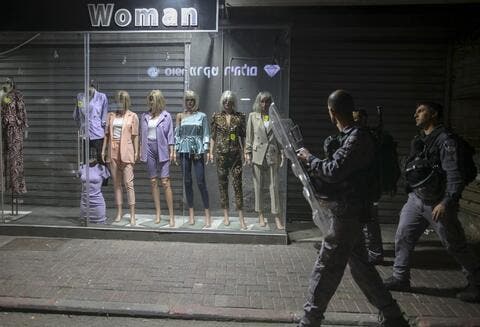 The movement then urged all Palestinian factions to remain united in the face of Israel and form a united front against the aggressions of the Tel Aviv regime.

Hamas also called on all resistance groups in the besieged Gaza Strip to ‘keep their fingers on triggers and prepare their missiles’ to target the enemy’s strongholds as well as its military installations.

The statement came after Israeli forces clashed with Palestinian worshipers outside one of the gates leading to the al-Aqsa Mosque compound in the occupied Jerusalem al-Quds for the third consecutive night on Saturday.

The scuffles took place at Bab al-Amoud (Damascus) Gate overnight into Sunday, as the Israeli forces tried to prevent the Palestinians from holding their usual prayers during the holy fasting month of Ramadan.

They also physically assaulted some of the Palestinians while attempting to forcefully evacuate them from the al-Aqsa Mosque compound.

Elsewhere in its statement, Hamas called on inhabitants of Jerusalem al-Quds to gather for acts of worship at al-Aqsa Mosque while urging Palestinians in other parts of the occupied West Bank to say prayers in front of Israeli forces’ checkpoints, which have been erected to bar their access to Jerusalem al-Quds.

The movement also called on Palestinians to continue nocturnal rallies in neighborhoods close to illegal Israeli settlements and remind the aggressors of the high cost of their aggression.

Under Damascus Gate, the most beautiful and magnificent of all of the Old City’s gates, violent clashes have been spreading between police and local Palestinians over Ramadan restrictions, writes Nir Hasson https://t.co/9tzx7pH5H2 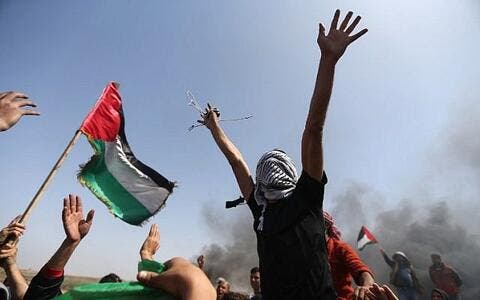 Jerusalem at Boiling Point Thanks to Israel
— Haaretz.com (@haaretzcom) April 20, 2021

Hamas also called for the rapid formation of night watch committees across all Palestinian areas, warning that Jewish settlers may infiltrate remote Palestinian villages and refugee camps to commit crimes.

The movement urged the Palestinians and the free people of the Arab and Islamic countries to express their solidarity with all available means to prove to the “Zionist enemy” that the people of Jerusalem al-Quds are not alone.