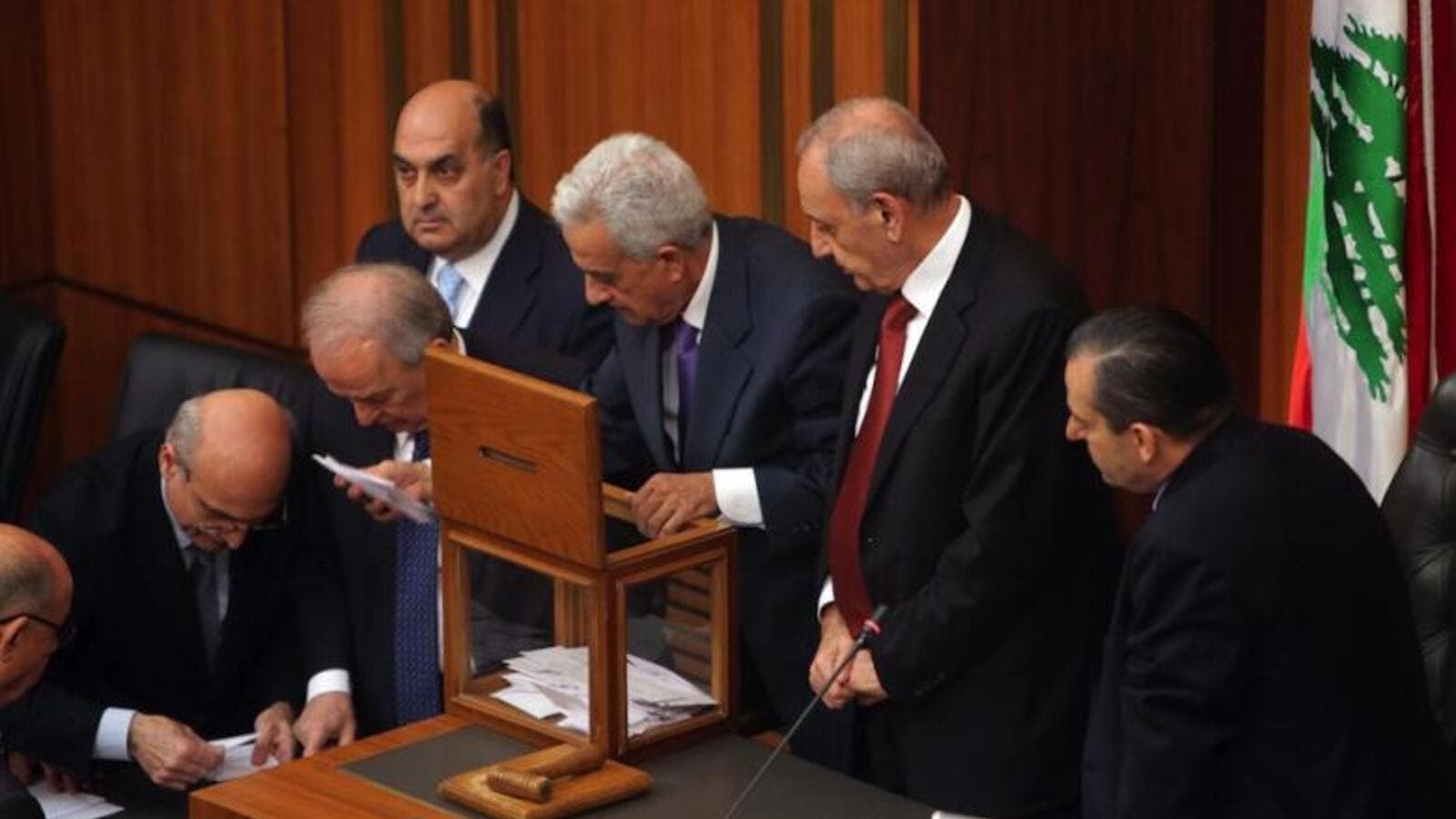 Lebanese members of parliament count the votes after casting their ballots to elect the new Lebanese president in the parliament building in downtown Beirut on April 23, 2014. (AFP/Joseph Eid)

A senior member of Lebanon’s resistance movement Hezbollah has condemned Saudi Arabia for thwarting political initiatives and blocking the election of a president in Lebanon.

“Saudi Arabia is keeping Lebanon in the waiting zone, and it is not agreeing to solutions that are in Lebanon’s interest. It sends orders and its people here repeat like parrots,” he said.

“Hezbollah and its allies have clarified how the solution must be reached and if they agree on the solution’s road-map, a president can be elected tomorrow and state institutions will start functioning again,” Qassem said.

Since May 2014, when former President Michel Sleiman’s term in office ended, Lebanon has been without a president.

Last Thursday, Lebanon’s parliament failed for the 41st time to elect a new president for the country because a quorum could not be reached in the session.

Parliament Speaker Nabih Berri set July 13 as the date for a new session to elect a president.

Under Lebanon’s power-sharing system, the president must be a Christian, the prime minister a Sunni Muslim and the parliament speaker a Shia Muslim.

Late last year, Saad Hariri, the chairman of the Lebanese Future Movement and a former prime minister, who is a close ally of Saudi Arabia, launched an initiative to nominate the leader of the Marada Movement Suleiman Tony Frangieh for the presidency. His proposal, however, failed amid reservations on the part of Lebanon’s main Christian parties as well as Hezbollah.

In a televised news conference on January 18, Leader of the Lebanese Forces Political Party Samir Geagea said he would endorse the candidacy of Michel Aoun, his rival and the founder of the Free Patriotic Movement, for the presidency after a rapprochement deal was reached between their two parties.