Hong Kong Protesters Keep Pressure on as Extradition is Revoked 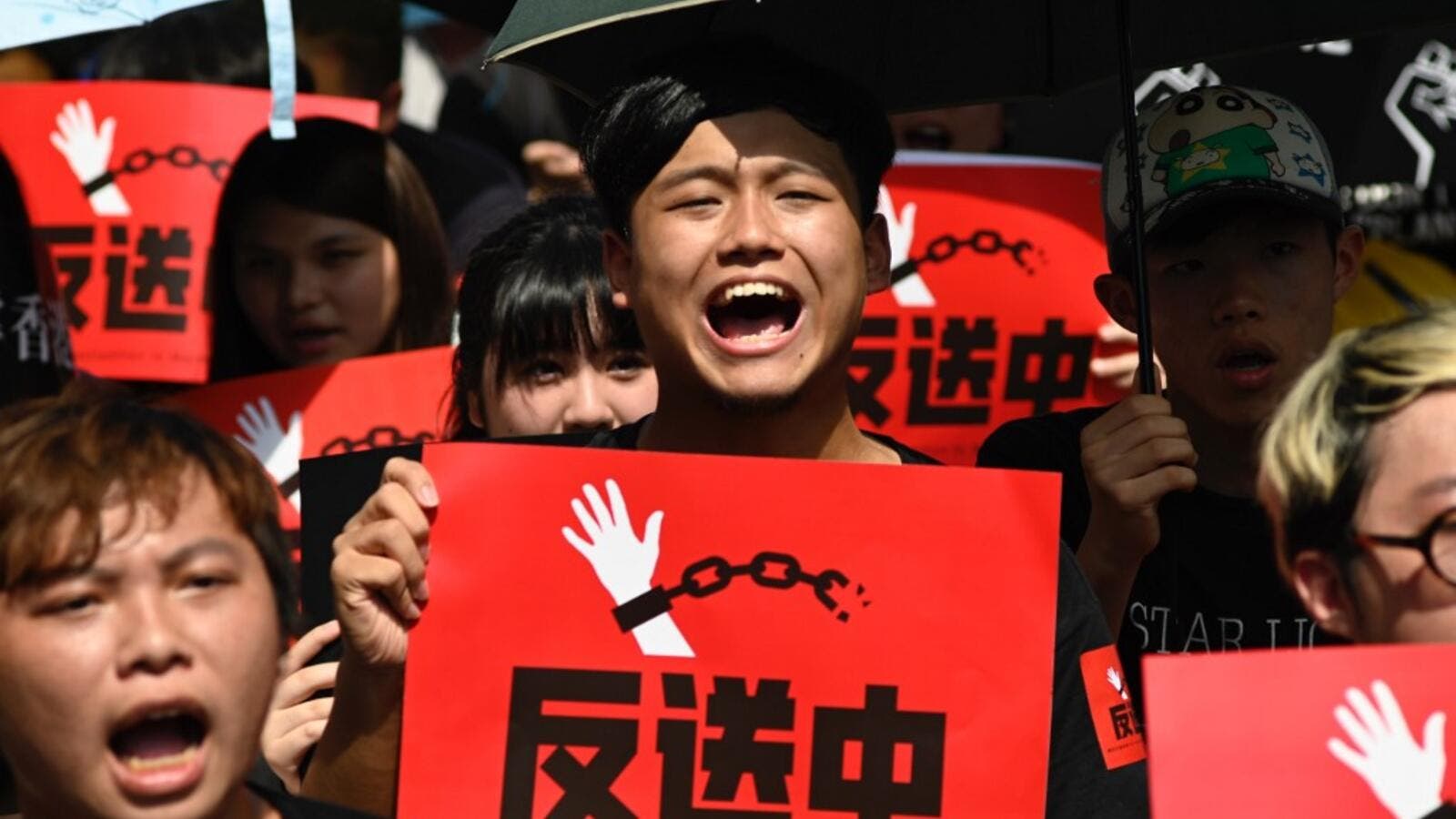 Protesters display placards during a demonstration in Taipei (AFP)
Highlights
Clashes erupted between police and demonstrators, injuring at least 22 police officers and dozens of protesters.

Thousands of people have rallied again in central Hong Kong to demand the city's leader step down, a day after she suspended an extradition bill following the most violent protests in decades.

The central government in Beijing has expressed its support, respect and understanding for Hong Kong’s decision, but condemned violent acts by protesters.

On Wednesday, just hours before the bill was due to be debated in the city’s legislature, protests turned violent when tens of thousands of people moved to occupy key roads around government headquarters.

Clashes erupted between police and demonstrators, injuring at least 22 police officers and dozens of protesters.

On Sunday, the protesters again occupied roads, walkways and train stations across Hong Kong's financial center to call on Lam to step down.

The protests have plunged Hong Kong into political crisis, just as months of "Occupy" demonstrations did in 2014.

China’s foreign ministry said Saturday Hong Kong matters were a Chinese internal affair and no country, organization or individual has a right to interfere.

Beijing summoned US deputy chief of mission in Beijing Robert Forden to protest against Washington’s interference in Hong Kong affairs.

"China called on the United States ... to immediately stop all interference in Hong Kong’s affairs and stop taking action that would affect the prosperity and stability of Hong Kong,” the Chinese foreign ministry said in a statement.

The summon came after Republican Senator Marco Rubio and Democratic Senator Ben Cardin proposed legislation that would require Washington to issue an annual certification of Hong Kong’s autonomy to justify the continuation of special treatment for the territory.

The turmoil comes at a difficult time for Beijing, which is already grappling with an escalating US trade war and tensions in the South China Sea.

"Certain people in Hong Kong have been relying on foreigners or relying on young people to build themselves up, serving as the pawns and lackeys of foreign anti-China forces," the ruling
People's Daily said in a commentary.

"This is resolutely opposed by the whole of the Chinese people including the vast majority of Hong Kong compatriots."