After Elections, Hezbollah's Domination of Lebanese Politics is 'Now Complete' 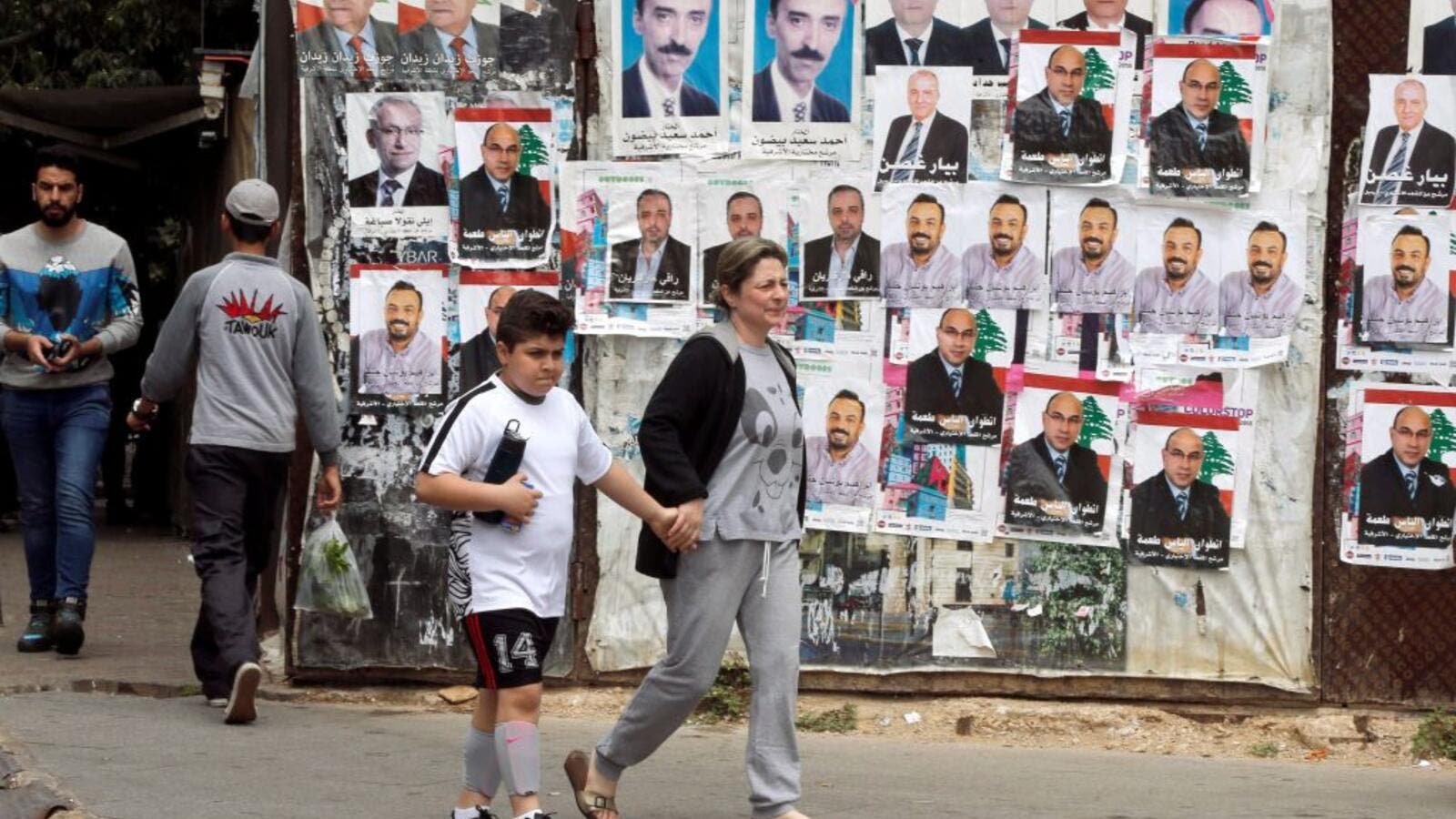 On Sunday 9th May, Lebanon held its first Parliamentary election in nine years, an event long delayed by deadlock around an electoral reform law that took several years to pass. Lebanese Parliamentary politics have an unusual system of dividing key positions between the country’s religious sects, in order to prevent further sectarian conflict.

The President is always a Christian, the Prime Minister always a Sunni Muslim, and the Speaker of Parliament always a Shia. Whilst the cabinet is not yet finalised, a picture of what the next government will probably look like is emerging, and this picture has a lot to tell us about the present state of Lebanese politics. Al Bawaba has consulted a number of experts on the Lebanese political system to help make sense of this complex election.

This election was the road test of the electoral law that stifled parliamentary progress for several years. The law aimed to introduce proportional representation, in order to allay sectarian fears of discrimination at the local and national level. Under the new law, a vote is cast for a list of candidates who stand together as a bloc, and so competition was between several lists of candidates.

However, there was also an option to cast an extra vote for a single preferred candidate within that list, so the competition is twofold. Whilst this law worked to the advantage of some parties, it appears to have had a detrimental effect for others. Some analysts have questioned whether this dual competition between and within lists defeated the purposes of both systems. Meanwhile, it is also questionable whether the new law reduced sectarian tension.

Dr Jeffrey G. Karam, a Postdoctoral Research Fellow at Harvard University’s Belfer Center, told Al Bawaba: “The new electoral law allowed the political elite to stoke sectarian fires in different districts. The introduction of proportional representation and pre-printed ballots somewhat mitigated some issues of representation in previous elections. However, the issues of fair representation have only shored up sectarian rhetoric and divisions, which distract from a genuine political discourse that should be rooted in platforms, negotiations, and compromise.”

This list system did encourage coalitions and cross-sectarian alliances at the local level, which may have the advantage of stabilizing sectarian divisions between candidates. However, this resulted in a situation where parties worked together in one district, and competed against each other in another.

As a result, parties struggled to offer a unified national-level message. The complexity of the electoral system might, it was feared, dampen the electorate’s motivation to vote. There is also a sense among many Lebanese that politics has become stagnant and offers little opportunity for significant change. Whether for these reasons or something else, voter turnout was low, and there does not appear to have been a significant sea change among the most established factions of Lebanese politics.

Dr Adham Saouli, a Senior Lecturer in Middle East Politics at the University of St Andrews, told Al Bawaba: “The results have reproduced the power of the Lebanese political class. No major changes here, except the election of one member of the new party called '7'. As such the Lebanese society has not capitalised on the opportunities the new electoral law offers, particularly proportional representation. The turnout, at 49%, is lower than the 2009 elections (54%).”

Among the competing Maronite Christian political parties there was one significant change, which was a sharp rise in the number of seats of the Lebanese Forces (LF). They now have 16 seats, up from nine.

The LF is a controversial right-wing Christian party that was banned from politics for several years, given its past as a militia in the Lebanese civil war. Its leader Samir Geagea was jailed for a decade because he was suspected of assassinations during the war.

Geagea and the LF are staunchly opposed to Hezbollah, and as a result, they were a de-facto rival to their fellow Maronite party the Free Patriotic Movement (FPM), led by the incumbent President Michel Aoun. Aoun is unapologetic about his links to Hezbollah, insisting that their military capacity is critical to Lebanon’s defence. However, in the 2015 parliamentary deadlock, the LF backed Aoun’s nomination for Presidency.

Dr Karam said: “The elections clearly demonstrate that the rapprochement between Aoun and Geagea in the Maronite Christian community in 2015, and the role the Lebanese Forces played in nominating and supporting Aoun’s bid for the Presidency paid off handsomely. This understanding between Lebanon’s largest Christian political parties played out in the elections, where both groups were able to undercut, in some instances defeat, and limit other contenders in the Christian community, as well as maintain (in the case of Free Patriotic Movement) and enlarge (in the case of the Lebanese Forces) their parliamentary blocs.”

However, this temporary alliance may present complications for Aoun down the line, since Geagea and the LF will now be able to mount stronger challenges to the FPM-Hezbollah alliance.

Even though Saad Hariri looks set to hang onto the post of Prime Minister, this is a bad election for him and his Future Movement (FM) Party in a lot of ways. Dr Raphaël Lefèvre, a visiting scholar at the Carnegie Middle East Center and an expert on Sunni movements in Lebanon, told Al Bawaba:

“This is a severe setback for Saad Hariri's party, which lost a third of its seats. The most important failure for him was in Tripoli, which is considered the stronghold of the Sunnis. There he was outperformed by local strongman Najib Miqati, which might be an indication of the extent to which the battle for leadership in Lebanon's Sunni community is slowly starting to rage, with the coveted position of Prime Minister as the key prize.”

Dr Saouli agreed: “Proportional representation did not work well for this Future movement; but low turnout in the Sunni community and votes for Haririri shows that there is an alarming dissatisfaction with FM and Hariri. That said, he remains the major Sunni leader, who will very likely become the next Prime Minister.”

Despite the bad result for Hariri in the city, the Tripoli campaign did bring an end to the challenge of Sunni rival Ashraf Rifi, the former head of the Lebanese Internal Security Forces, and another powerfully anti-Hezbollah voice. In the 2016 Municipal Elections Rifi won the majority of the council seats, likely due to Hariri’s perceived weakness in standing up to Hezbollah. Rifi’s threat may have been fended off. But if Hariri is indeed going to hang onto the post of Prime Minister, that same weakness is going to be an even bigger challenge now.

If there is one party for which this election has been indisputably good news, it is Hezbollah. They now hold a slim majority, just over half of the seats in Parliament.

Although the sectarian power sharing system means that this is not a majority in the typical sense, it is still a critical development for the Shia group. Dr Lefèvre said: “I think the main implication of the elections is that Hezbollah feels vindicated in its approach and is now more confident than ever before - its domination over Lebanese politics is now effectively without precedents.”

Dr Aouli concurred. “The main benefactor of this election is Hezbollah, which showed that, along with Amal Movement, it is the strongest force in the Shi'a community. Hezbollah has benefitted from the proportionate system to gain more seats and to support allies in other communities, specifically in the Sunni community. More importantly, the results will fortify Hezbollah's endless quest for legitimacy and political protection in Lebanon.”

Though this will no doubt have international ramifications, he added that we should not expect dramatic responses from regional neighbours anytime soon. “I do not believe this will radically alter Lebanon's relations with Iran and Saudi Arabia, although the latter will need to reconsider its policy in Lebanon now that Hariri has not fared well. Hezbollah and its regional patron are more confident now.”

Nevertheless, Hezbollah’s success at the ballot box does not mean its battle is won. Now, it must ensure it can continue to balance its political party status with its other role as a militant group. Dr Karam continued:

“Hezbollah’s next and urgent concern relates to ensuring that the new government’s ministerial statement will maintain existing language on its right to maintain weapons and status as a resistance group against Israel. But given the stances of previous coalitions, there is a high degree of certainty that they will get a ministerial statement that provides the same cover and guarantee that was given in previous ministerial declarations.”

Essentially, the balances of power between Lebanon’s largest parties have undergone some subtle shifts. They reflect a disillusionment with the ruling coalition, but the balancing of sectarian interests in the Lebanese constitution, and the deals that parties strike for short-term gain, means that there is little chance of significant change coming from Parliamentary elections, even with the new laws.

Though that will frustrate many Lebanese, it does also help to stabilize a country where sectarian tensions have previously led to violence.