The Arab Coalition revealed Today that it has foiled a bomb-laden drone fired by the Houthi militia to against Abha Airport, according to the Dubai-based al-Hadath channel. 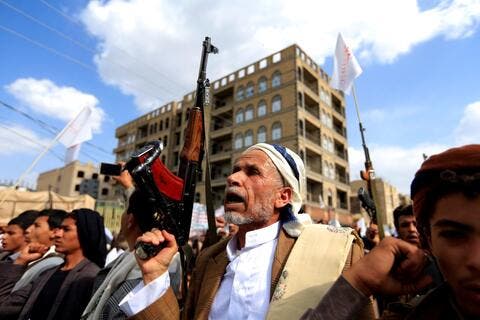 The coalition also said that it is “taking operational measures to protect civilian objects.”

The militia, backed by Iran’s regime, regularly employs drones to target the Kingdom.

It has targeted Abha’s airport in previous times, and in one of those attacks it left eight people wounded from shattered debris.