How Did The Lebanese React to Hariri's Decision to Leave Politics?

Published January 25th, 2022 - 09:56 GMT
Saad Hariri, 51, announced he would not run in upcoming parliamentary elections and was withdrawing from political life. (Photo by ANWAR AMRO / AFP)

Former Prime Minister Fouad Saniora expressed on Tuesday his support for ex-PM Saad Hariri in a statement on social media. 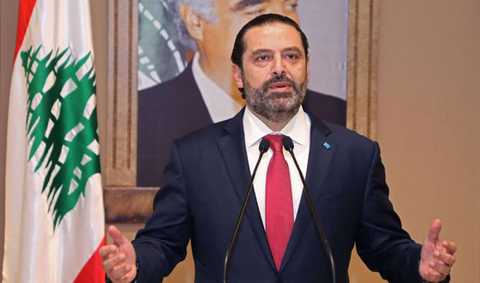 Saad Hariri Quits Politics, Will Not Run For The Lebanese Polls

"I am with you despite your decision and with you in spite of them," Saniora declared, calling Hariri "Brother Saad."

Saniora was not the only politician to express an emotional reaction to Hariri's decision to withdraw from his political career.

Before him, Progressive Socialist Party leader Walid Jumblat said the same, adding that "the country was orphaned" and that "Mukhtara is sad and lonely."

He was the first to tweet, minutes after Hariri announced his withdrawal in an emotional televised address.

Prime Minister Najib Miqati followed. He said that Hariri's speech is "a sad page" for Lebanon and for him personally.

"But I understand the painful conditions he is going through and the bitterness he is feeling," Miqati added.

MP Tammam Salam, also a former PM, praised Hariri's decision, saying that it reflects "a deep imbalance in political and national powers" and a "lack of unity in the nation."

He hoped for others "who consider themselves victorious over the remains of a collapsed homeland" to follow his example, in admitting responsibility.

Last week, Salam announced he won't participate in the upcoming parliamentary elections, as he wished to "make way for new blood and real change."

He said he respects the demands of the rebellious people seeking a much-needed change and new perspectives.

Hariri, who was traditionally in the camp opposing Hizbullah, has largely co-existed with it, forming coalition governments that included the group. That cost him support from Sunni powerhouse Saudi Arabia, the rival of Iran, over influence and clout in the region.

Now, as he exits from political life, Hariri said he is convinced there is “no room for any positive opportunity for Lebanon” in light of Tehran’s growing influence, internal divisions, rising sectarian sentiments and the dysfunction of the state.

He also acknowledged in his televised speech that he had failed to prevent Lebanon from falling into the worst economic crisis in its modern history.

🚨Saad Hariri just announced that he will not run for parliamentary elections, and that no candidates will be named by his party, Future Movement.

Hariri’s decision came despite the fact that several prominent politicians, including Berri and Jumblat, tried to convince him to change his mind.

After Hariri’s speech, some of his supporters blocked roads with burning tires to express their anger with his decision.

“Despite his political woes, Saad Hariri remains the primary Sunni leader in Lebanon,” Randa Slim, a political analyst with the Washington-based Middle East Institute said in a Twitter post. “His political exit will create a vacuum,” she said, adding that the scramble for the Sunni community leadership mantle will now intensify.

Hariri was a young political novice when he was thrust into the spotlight following the assassination of his father and had to learn fast. But he lacked his father's political savviness and clout and often fumbled his way through Lebanon's complex and sectarian-based politics.

His business also suffered and in 2019 he had to close a TV network and newspaper owned by his family following a years-long financial struggle.