A huge fire broke out at one of the refugee camps in Lebanon causing fear among Syrian who are living there, a Syrian news agency reported on Wednesday morning 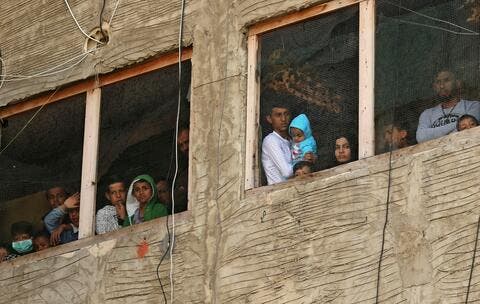 Flames have destroyed around 100 tents so far as the fire continues to spread at al-Wafa refugee camp in Lebanon's Arsal region, northeast of Beirut.

Videos went viral online as orange flames caused a huge black smoke seen rising in the air while firemen are trying to turn them off.

The cause of the fire is unknown as there's no statement yet made by officials in Lebanon.

No information was reported about the casualties in the Syrian refugee camp's fire.