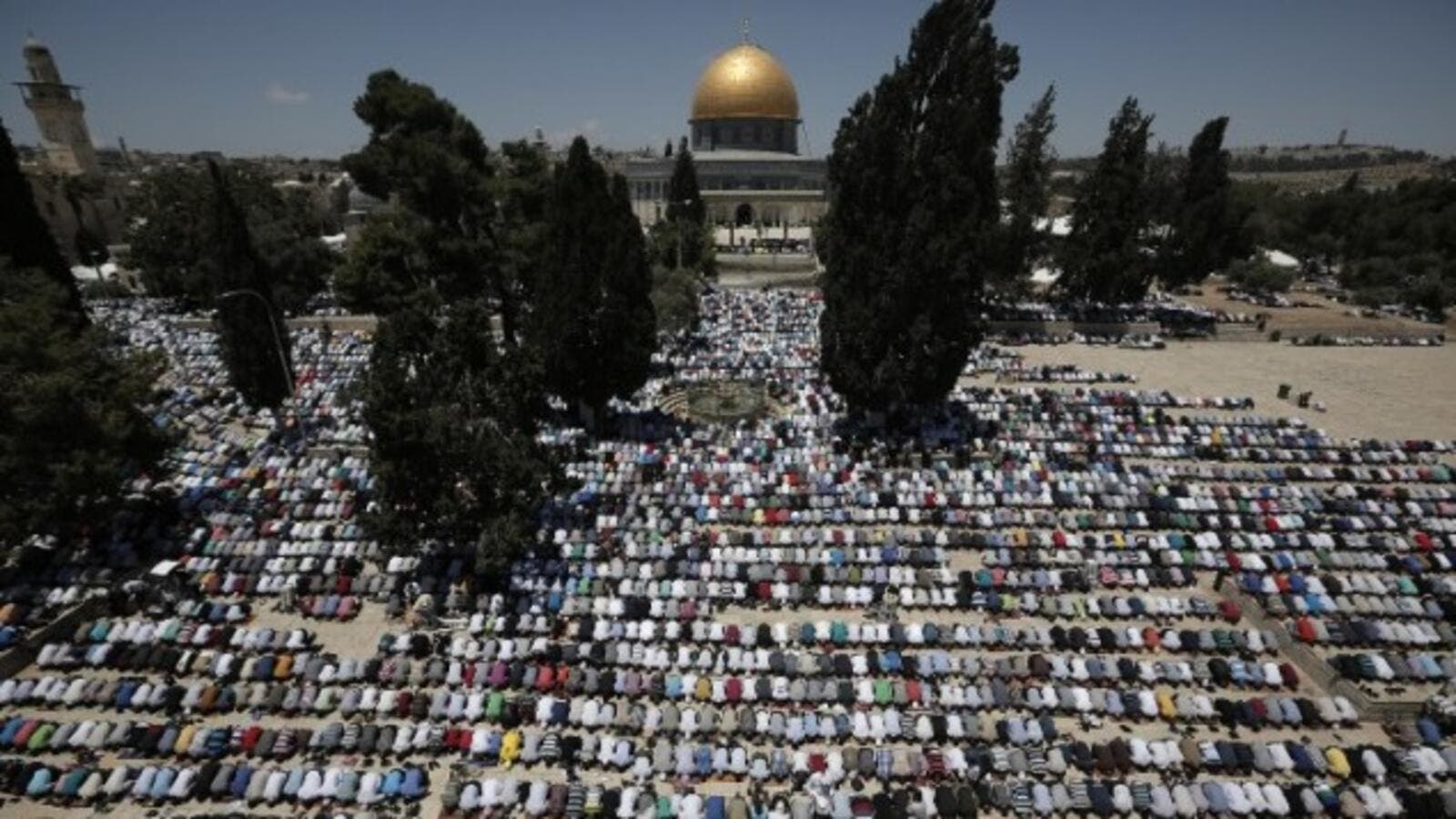 Palestinian Muslim worshipers pray at the al-Aqsa compound in Jerusalem during the first Friday prayer of the holy month of Ramadan, on June 19, 2015. (AFP/Ahmad Gharabli)

Two hundred Palestinians from the Gaza Strip headed to Jerusalem via the Erez crossing on Friday to pray at the Al-Aqsa mosque.

An official at the Palestinian liaison told Ma'an that 200 worshipers above the age of 60 headed early in the morning to perform Friday prayers at the mosque.

Sources added that worshipers would return to the Gaza Strip right after Friday prayers.

Friday's weekly visit was part of an ongoing agreement following the 2014 Gaza war, allowing 200 Gazans over the age of 60 to attend Friday prayers at the mosque compound before returning to Gaza immediately afterward.

Tensions at the Al-Aqsa played a major role in prompting the wave of unrest that swept the occupied Palestinian territory at the beginning of October last year.

In September, Israel enforced tight restrictions on Palestinians seeking to enter the mosque compound -- the third holiest site in Islam -- during a succession of Jewish holidays.