Published September 3rd, 2021 - 05:54 GMT
A man walks through a flooded Major Deegan Expressway in the Bronx as dozens of cars and trucks sit abandoned following as night of heavy wind and rain from the remnants of Hurricane Ida on September 02, 2021 in New York City. Spencer Platt/Getty Images/AFP
Highlights
23 killed in New Jersey, 13 in New York by hurricane Ida

The death toll from Hurricane Ida increased to 40 Thursday on the US East Coast after the region was hit by record rains and dangerous floods. 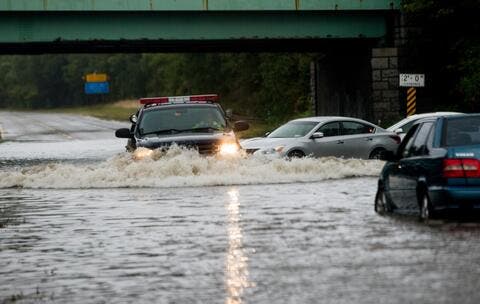 The state of New Jersey reported 23 deaths from the storm, which had been tearing through the country's northeast since late Wednesday.

"The majority of these deaths were individuals who got caught in their vehicles by flooding and were overtaken by the water," New Jersey Governor Phil Murphy said at a press conference.

The past few days of Hurricane Ida, wildfires in the West, and unprecedented flash floods in New York and New Jersey are another reminder that the climate crisis is here.

We need to be better prepared. That’s why I’m urging Congress to act and pass my Build Back Better plan.

"Our hearts ache for the lives lost in last night’s storm. Please keep them and their loved ones in your thoughts today. They were our fellow New Yorkers, and to their families, your city will be [there] for you in the days ahead," said de Blasio on Twitter.

In addition, four people were found dead Thursday at an apartment complex in Elizabeth, New Jersey as a result of flooding. Another person was pulled from a submerged vehicle that was caught in floodwaters near the Passaic River in New Jersey, according to NBC News.

Late Wednesday, de Blasio declared a state of emergency after Ida caused heavy flooding in the region, saying the city was "enduring a historic weather event tonight with record breaking rain across the city, brutal flooding and dangerous conditions on our roads."

Ida made landfall in Louisiana on Sunday as a devastating Category 4 hurricane, bringing with it mass flooding and damage that devastated wide swathes of the state.

The damage is expected to cost tens of billions of dollars. 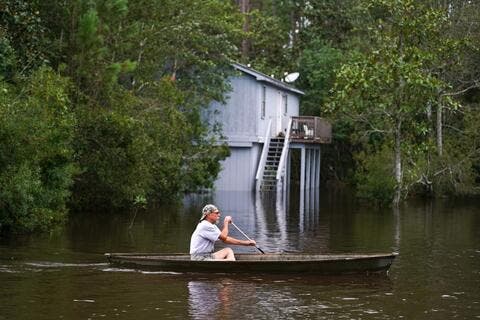 American Residents Who Escaped Hurricane Ida Should to Stay Away

"My message to everyone affected is we’re all in this together. The nation is here to help," Biden said in an address from the White House. "That’s the message I’ve been making clear to the mayors, governors, energy and utility leaders in the region who my administration has been working closely with over the last few days.”

Biden will travel to New Orleans on Friday "to survey storm damage from Hurricane Ida and meet with state and local leaders from impacted communities," the White House announced in a statement.