Published June 7th, 2021 - 07:28 GMT
A pedestrian walks past a wall mural representing awareness measures against the Covid-19 coronavirus in Navi Mumbai on June 7, 2021. Indranil MUKHERJEE / AFP
Highlights
Over 2,000 cases have been reported across country, with 200 in Delhi alone

India is battling a surge in cases of a deadly inflammatory syndrome striking children who have caught Covid-19. 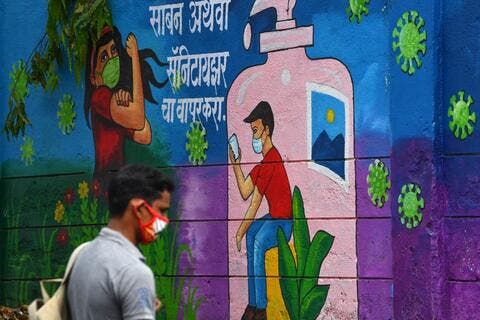 The Multisystem Inflammatory Syndrome in Children (MIS-C) affects children who have seemingly recovered from Covid-19, two to six weeks after the infection.

Over 2,000 cases have been reported across the country, with 200 in Delhi alone.

A newborn diagnosed with #Covid multi-system inflammatory syndrome (MISC) with abnormal skin lesions, has been successfully treated by a team of doctors at the Andhra Hospitals in Vijayawada.

The illness first develops as a high fever and leads to inflammation of the organs.

Around 70 per cent of children affected require intensive care.

Dr Harish Pemde, director of paediatrics at Lady Hardinge Medical College in Delhi, told the Times: 'It can lead to heart, respiratory or renal failure.

'The long-term quality of life of children who recover depends on how badly the organs were affected.

'It's crucial to catch it early when it is fairly easy to treat.'

In April, a study found that half of all children who develop the rare inflammatory condition linked to COVID-19 have neurological symptoms or signs.

The most common symptom was headache, but children could also develop more serious side effects such as hallucinations or seizures.

The team, from The the American Academy of Neurology, says the findings show why it's important for doctors to carefully monitor pediatric patients with COVID-19 to see if they develop any of these worrying signs.

MIS-C was originally thought to be linked with Kawasaki disease, a condition that causes inflammation in the walls of the blood vessels and affects mostly children under five years old.

Cases were first reported in Britain, Italy and Spain in April 2020 and began cropping up in the U.S. in May.

Not every child who has developed the condition has tested positive for coronavirus, but 98 percent have - enough for doctors to believe the conditions are linked.

Doctors have revealed the most common locations and types of skin rash found in children with a rare coronavirus-related hyperinflammation condition.

Named MIS-C, patients were first diagnosed in 2020 after doctors noticed some children developed inflammation in a range of organs after exposure to SARS-CoV-2, with the Centre for Disease Control saying it can be fatal, but most children survive.

Experts from the Children's Hospital of Philadelphia say diagnosing MIS-C has proved difficult as many of its symptoms, including rash, fever and gastrointestinal distress, are similar to other childhood conditions.

The team found that while there was no single location for rashes to appear - they commonly occurred on the lower limbs, inner thigh, chest and upper extremities. 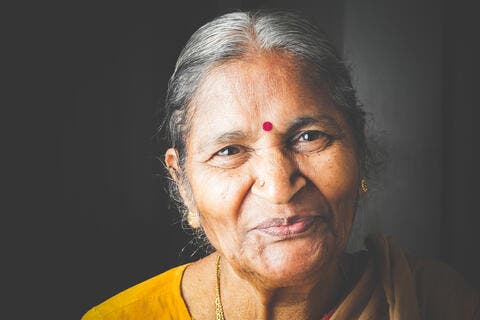 In more than half of the seven patients examined, they usually presented as small to medium circles the size of a 5p coin with tiny red spots in the centre.

Authors hope that by highlighting common coronavirus rashes in children, their findings may help doctors and parents know when a rash needs further study.