Published May 16th, 2021 - 07:20 GMT
A relative mourns over a coffin witht the mortal remains of Soumya Santosh, a native of Idukki who was killed in a rocket attack in Israel during the deadly fire between Palestinian militants in Gaza and the Israel's army, at Kochi International Airport in Kochi on May 15, 2021. Arunchandra BOSE / AFP

India reported 326,000 new cases Saturday, the lowest daily figure in about three weeks, according to the health ministry. 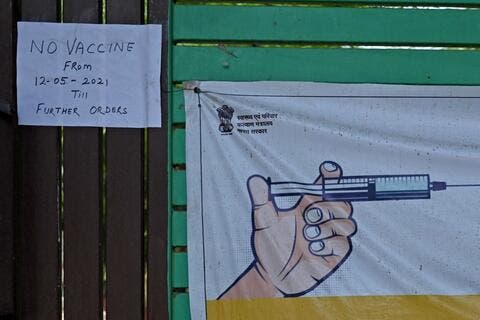 The country also reported 3,890 deaths over the previous 24-hour period as the outbreak - which has strained hospital resources and space - began to wane. Daily cases reached a peak of 414,000 and deaths hit more than 4,000 earlier this month.

BREAKING: India records more recoveries (3.5 lakh) than daily recorded cases (3.2 lakh) in last 24 hours as per official figures. Important caveats on testing etc apply, let’s hope this continues for real. Reminder though: the peak is still said to be ahead.

India has recored 24.37 million cases since the start of the pandemic - the second-highest of any country in the world - and 266,207 deaths. The United States has had the most cases and deaths, at 32.9 million and 585,238, respectively.

Worldwide, there were 718,000 new cases reported for Friday and 12,300 new deaths. Since the start of the pandemic, there have been 162 million confirmed cases and 3.36 million deaths.

According to the Johns Hopkins global tracker, India has administered 180 million doses, enough to give more than 10% of the population a single dose.

Analysis of CAA air traffic figures indicates an average of 900 people were arriving daily from India during the three-week period — 20,000 between April 2 (when Pakistan and Bangladesh with lower infection rates were put on the red list) and April 23. https://t.co/td9V4e5Lqy 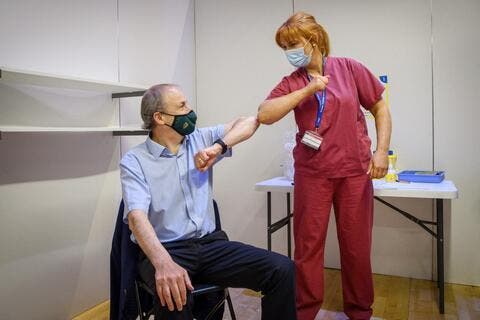 "I understand why some countries want to vaccinate their children and adolescents, but right now I urge them to reconsider and to instead donate to Covax," he said, referring to the global initiative to provide equitable access to vaccines.

Worldwide, 1.42 billion doses of COVID-19 have been administered, according to Johns Hopkins.