Published May 5th, 2021 - 06:25 GMT
Clip from the Iranian released propaganda video shows moment of the US Capitol being blown up by Iranian Missile. (Video Screenshot)
Highlights
Iran on Sunday aired horrifying propaganda video on state-run television .

Iran’s elite Revolutionary Guards released a chilling propaganda video which depicts the United States Capitol being blown up by a missile and its soldiers ‘liberating’ Jerusalem. 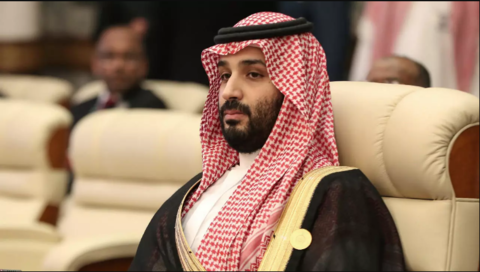 The Islamic Republic’s Revolutionary Guards Corps (IRGC) broadcast the video on Iranian state-run television on Sunday before a televised speech to the nation by Supreme Leader Ali Khamenei.

The video opens with armed IRGC troops marching in formation. In the next shot a missile is seen being launched at an undisclosed location, following by the sight of the US Capitol imploding in a fiery blaze.

Moments later, Iranian clerics are seen walking toward Jerusalem, the holy city at the crux of the Israel-Palestine dispute.

The clip was aired amid reports that the US and Iran are nearing the resumption of a nuclear deal.

“According to Kasra Aarabi, an analyst at the Tony Blair Institute, the music playing in the background of the video is a Shia Islamist song.”

The lyrics to the song describe the Capitol as a ‘palace of oppression’ which was ‘destroyed by the Alavi (Imam Ali’s) IRGC, and the good news of the liberation of Quds (Jerusalem) arrives from Iran.’

Imam Ali is considered a central figure of Shi’ite Islam. Shi’ites view Ali as the rightful heir to the Prophet Muhammad while Sunnis consider him as fourth in line, prompting the Sunni-Shi’ite split within Islam.

Since the Islamic Revolution of 1979, Iran has been a sworn enemy of Israel, which was created after the Zionist movement prevailed over the Palestinian Arab population as British rule over Mandatory Palestine was coming to an end.

Senator Pat Toomey, a Republican from Pennsylvania, reacted to the video by demanding that the Biden administration resist Iranian calls to lift sanctions put in place by the Trump administration.

'Now, Iran releases a fake video of the IRGC blowing up our Capitol.

'The Biden admin’s priority should be ensuring Iran cannot carry out such an attack, not capitulating by removing sanctions.'

After the video aired, Iran's supreme leader on Sunday criticized the country's foreign minister, who said in a leaked interview that the elite Revolutionary Guards had more influence in foreign affairs and Tehran's nuclear dossier than him.

In that same leaked audio, Zarif revealed that he was told by former Secretary of State John Kerry that Israel conducted strikes against Iranian targets in Syria.

Zarif has been the public face of Iranian diplomacy as it deals with a host of issues, including talks with world powers on how to revive Iran's 2015 nuclear accord that Washington abandoned three years ago.

A flurry of diplomatic contacts and reports of major progress suggest that indirect talks between the United States and Iran may be nearing an agreement.

#Iran released a provocative new video over the weekend that depicts its military forces blowing up the United States Capitol building,
https://t.co/8bPYQqEiPy

That's despite efforts by US officials to play down chances of an imminent deal that would bring Washington and Tehran back into compliance with the 2015 nuclear deal.

With the negotiations in Vienna on hiatus, the US and Britain on Monday denied Iranian reports that any agreement was at hand with Iran for a swap of American and British prisoners.

Such an exchange could be a confidence-building measure to revive the nuclear deal.

A US return to the deal would be the biggest and most controversial foreign policy initiative in the early months of Biden's presidency.

It would revive a deal that top Biden aides put together during their years in the Obama administration, only to see then-President Donald Trump pull out and try to prevent the US from ever returning.

Rejoining it - and making the concessions required to do so - would enrage Republicans and likely unsettle Israel and Gulf Arab allies.

And two of the nuclear deal's biggest proponents in Congress - Democratic Senators Chris Coons and Chris Murphy - were touring the region.

Top Republicans on Tuesday urged the Biden administration to play hardball with Iran.

'Freeing American hostages in Iran should continue to be a top priority for the US government, but the administration must not pay ransom in any form,' Senator Tom Cotton tweeted on Tuesday.

'That would only beget further hostage-taking by the terrorist Iranian regime.' 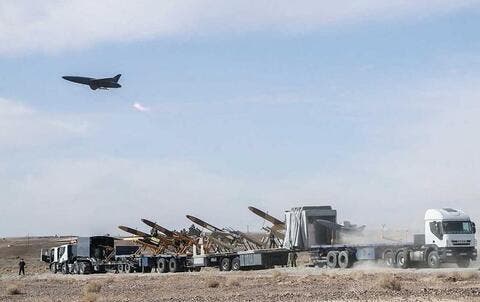 Relations between pragmatist President Hassan Rouhani's government and the Guards are important because the influence of the hardline force can disrupt any rapprochement with the West.

Khamenei, speaking in a televised speech, did not call Zarif out by name but said of his comments: 'This was a big mistake that must not be made by an official of the Islamic Republic.'