Published April 28th, 2021 - 06:26 GMT
A handout photo made available by the Iranian Army office on January 6, 2021, shows the launching of a drone, during a military drill at an undisclosed location in central Iran. (PHOTO / AFP)
Highlights
New inter-agency working group to focus on Iranian Drone, Missile threats.

The United States and Israel agreed to establish an inter-agency working group “to focus particular attention on the growing threat of Unmanned Aerial Vehicles and Precision Guided Missiles produced by Iran and provided to its proxies in the Middle East Region,” the White House said on Tuesday. 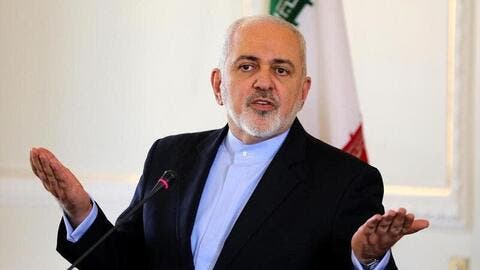 The announcement comes following a bilateral meeting of US and Israeli delegations at the Israeli embassy earlier. Ambassador Gilad Erdan, National Security Adviser, Meir Ben Shabbat, and his deputy, Reuven Azar, represented the Israeli side, while US National Security Adviser Jake Sullivan, Barbara Leaf, Senior Director for the Middle East and North Africa at the NSC, Brett McGurk, and Iran Envoy Rob Malley, represented the US.

Israeli and #US officials share the same concerns over Iranian #drones and missiles, establish inter-agency working group to tackle the threat.#Iran https://t.co/guSHuxk8W1

The meeting took place as Iran and the US have started in Vienna the third round of indirect negotiations on Tuesday.
According to a White House readout, the sides met “to continue the close bilateral consultations between the two governments on a range of regional issues.”
“The US and Israeli officials discussed their serious concerns about advancements in Iran’s nuclear program in recent years,” the statement read. “The United States updated Israel on the talks in Vienna and emphasized strong U.S. interest in consulting closely with Israel on the nuclear issue going forward. The United States and Israel agreed on the significant threat posed by Iran’s aggressive behavior in the region, and US officials underscored President Biden’s unwavering support for Israel’s right to defend itself.”

“The two sides also shared concerns about recent violent confrontations in Jerusalem and the US officials welcomed Israel’s recent calls for calm,” the White House said in a statement. “The US strongly condemned the recent indiscriminate rocket attacks from Gaza into Israel.  US officials affirmed this administration’s continued support for efforts to advance peace between Israelis and Palestinians and a two-state solution to the conflict.”

“The United States remains unyielding in its commitment to Israel’s security and will work to strengthen all aspects of the US-Israel partnership,” it read.

Important in the #dronewars: "A new inter-agency working group will be formed between the US and Israel, focusing on the shared threat of Iranian drones and missiles." https://t.co/5umX2banJf

Erdan told told The Jerusalem Post ahead of the meeting that there were a wide-range of issues the sides needed to discuss. 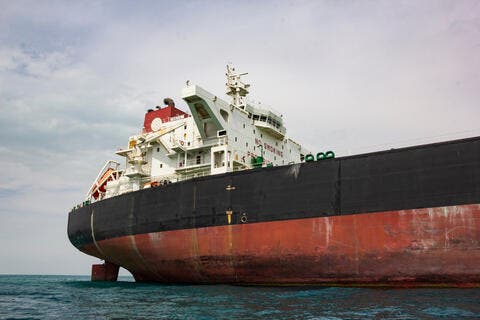 “We are having a broad range of discussions, not only about the Vienna talks,” Erdan said. “We made our clear opposition to the return to the JCPOA,” he added. “We said that it is a flawed and bad agreement, and returning to the same deal makes it less likely to reach a better one in the future. We also made our position clear about maintaining Israel's freedom of operation in any scenario,” said Erdan.

“But with that being said,” he added, “we share the same goal, preventing Iran from obtaining nuclear weapons. However, our conversation today is not only about Iran, but also about regional issues such as Syria, Lebanon, and the Palestinians.