Published December 13th, 2021 - 09:04 GMT
Members of a Kurdish family from Dohuk in Iraq are seen in a forest near the Polish-Belarus border while waiting for the border guard patrol, near Narewka, Poland, on November 9, 2021. (Photo by Wojtek RADWANSKI / AFP)
Highlights
Iraq has also provided temporary passports for 383 Iraqis who lost their documents, says country’s Foreign Ministry

Over 3,350 Iraqi migrants who were stranded on the border between Belarus and Poland have been brought back home, the Iraqi Foreign Ministry announced Sunday 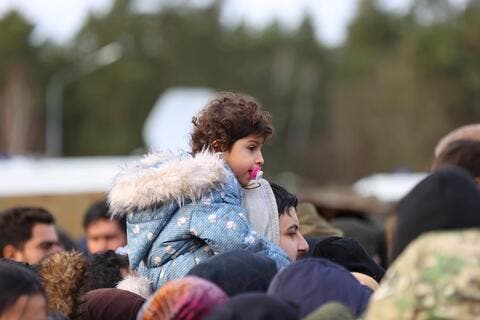 “So far, we have brought 3,556 people back to Iraq," spokesman Ahmed al-Sahaf told local media.

Migrants tell of how they were passed back and forth between Belarus and Poland's border as they return back to Erbil, in Iraqi Kurdistan.

"The Iraqi consular service issued a total of 383 passports to people who lost their documents and found themselves in the territory of Belarus, Lithuania, Latvia or Poland," al-Sahaf added. 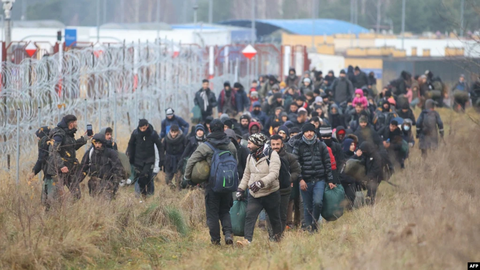 Playing With Lives: The Migrant Crisis at The Belarus-Polish Border

Due to unfavorable living conditions in Iraq, a large number of people have been waiting in difficult conditions at the Belarusian border to travel to Europe with dreams of a better life.

Decadent: For Iranians Neckties as a Symbol of Western Oppression