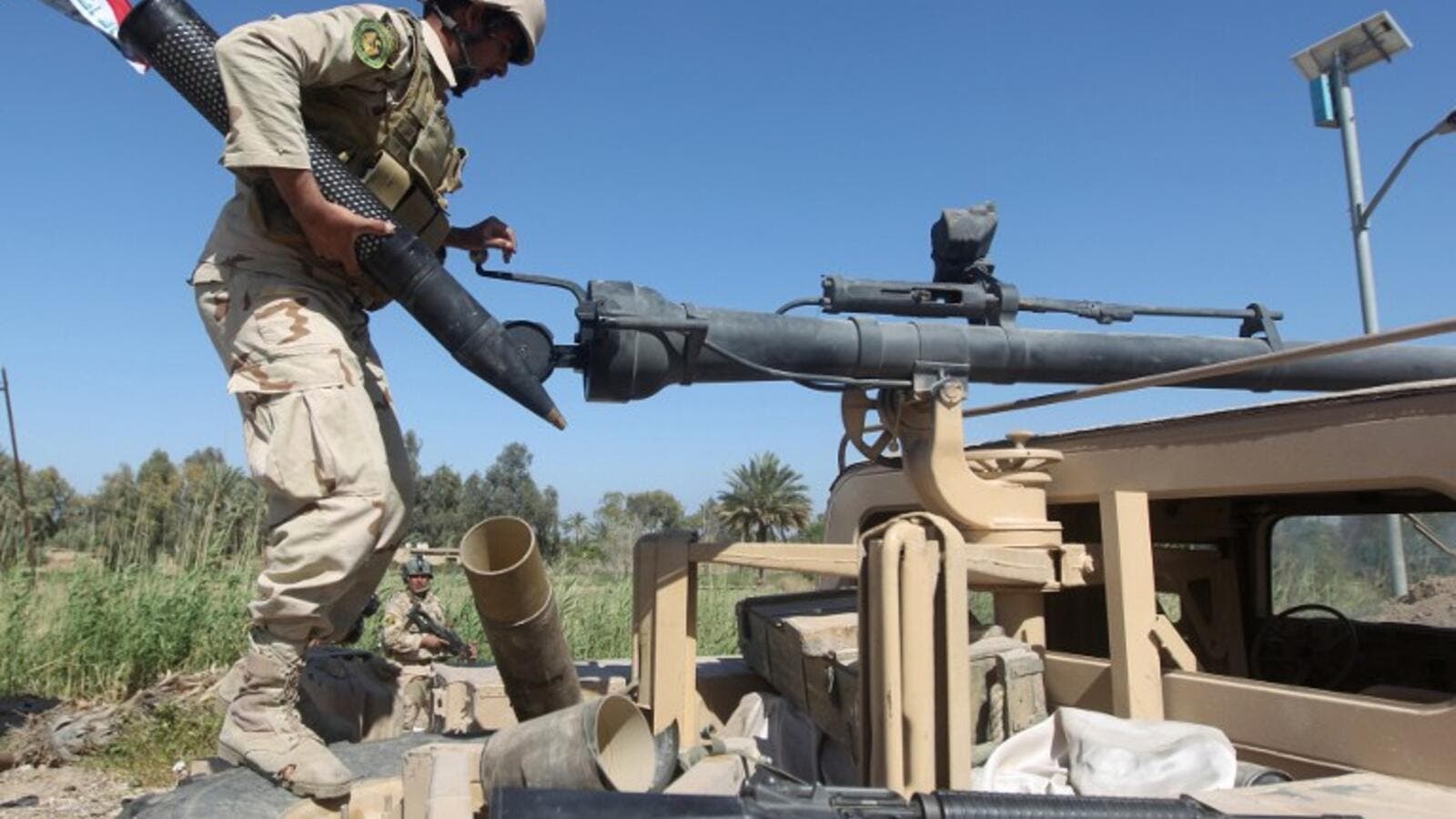 Iraqi forces prepare to fire on Daesh positions in the Garma district, west of the Iraqi capital Baghdad. (AFP/AHMAD AL-RUBAYE)

The Iraqi army has reportedly made considerable gains over a large area in the town of Karmah in the western Anbar province as it continues the battle against ISIL (Daesh) militants.

The Sunday advance by government troops backed by volunteer militia forces came as they established control over a large part of the town, located between the capital Baghdad and Fallujah, which remains an ISIL stronghold in Anbar province.

This is while another military operation was further launched by Iraqi forces to recapture the water control station on a canal in the key town.

The operation aimed at liberating al-Karmah pressed ahead amid a number of deadly terrorist bombings in Baghdad and Diyala province, which have left at least 30 people dead and dozens more injured.

The deadliest attack struck a busy commercial area in central Baghdad, where at least five people were killed and 15 more wounded.

Separate blasts also targeted the cities of Muqdadiyah and Baqubah in eastern Diyala province which claimed the lives of 18 civilians.

Iraqi forces also recaptured three villages north of the city besides killing a large number of ISIL extremists in the fighting.

The offensive inflicted heavy damage on the militants as Iraqi troops destroyed a bomb-making plant run by the ISIL terror group.

Terrorists with the ISIL group have reportedly executed at least 6,000 people in Anbar since late 2013.

Media reports quoted official sources in Anbar as saying that the executions have taken place mainly in the cities of Fallujah and Ramadi.

ISIL launched an offensive in Iraq in June last year and took control of Mosul, the country’s second-largest city, before sweeping through parts of the country’s heartland.

Iraqi soldiers, police units, Kurdish forces, Shia fighters and Sunni tribesmen have been engaged in joint operations to drive the terrorists out of the areas they have seized.