Iraq’s Prime Minister Mustafa al-Kadhimi says he is unhurt and appeals for “calm and restraint” after a drone laden with explosives allegedly targeted his residence in Baghdad's heavily-fortified Green Zone. 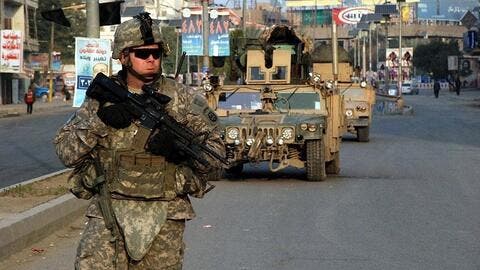 2,100 Shipments: US Military Hardware Transported Out of Iraq

A statement released by the Security Media Cell, affiliated with the Iraqi prime minister’s office, said Kadhimi was subjected to a failed assassination attempt with a booby-trapped drone early Sunday.

The statement said the drone attack targeted his residence in the Green Zone of Baghdad, but the Iraqi prime minister was “unharmed” and is “in good health.”

Western diplomats based in the Green Zone, which houses government buildings and foreign embassies, said they heard explosions and gunfire in the area.

“I'm doing fine, praise be to God, and I call for calm and restraint on the part of everyone for the good of Iraq,” the Iraqi prime minister wrote on Twitter after the incident.

Assassination attempt must be traced back to foreign think tanks’

“The attempt for al-Kadhimi’s assassination is a new sedition that must be traced back to foreign think tanks, which have brought nothing but insecurity, discord, and instability to the oppressed Iraqi people through the creation and support of terrorist groups and occupation of this country for years,” Shamkhani tweeted.

The drone attack, for which no group has claimed responsibility yet, came after protests in the Iraqi capital over the results of last month’s legislative elections turned violent on Friday.

Residence of the Iraq Prime minster Mustafa Al-Kadhemi was targeted tonight in the Green Zone, possible with a drone. #Iraq

Demonstrators denounced what they called “fraud” in the polls, and clashed with security forces outside Baghdad’s high-security Green Zone.

Gunfire could be occasionally heard on the protest site, with as many as three protesters reported dead and dozens wounded.

According to the Iraqi Health Ministry, 125 people, including 27 civilians and nearly 100 security forces, were injured during the violence.

Iraqi leaders and resistance groups have denounced attacks on people protesting against the results of the October 10 elections, in which Shia cleric Muqtada al-Sadr’s party won 73 seats to be the largest group in the country’s 329-strong parliament.

“We do not accept dragging Iraq into chaos and coup against the constitutional order,” Salih wrote in a tweet.

The Iraqi Joint Operations Command announced that it will hunt down anyone who tries to undermine state security.

“Security forces are doing their duty and everything is going on as planned,” he stressed.

Influential cleric Sadr slammed the drone attack, describing it as a flagrant onslaught on Iraq and its entire nation.

“The terrorist act against the country’s highest-ranking official is a clear and blatant targeting of Iraq, its nation, security, and stability. It was meant to plunge Iraq into chaos, so that Iraqis would live under the threat of riots, violence, terrorism, and interventions of outsiders,” Sadr said via Twitter.

“Our valiant army troops and heroic security forces must take matters into their own hands, so that Iraq can recover and return strongly,” he said.

“This terrorist act is a dangerous development, which threatens security and stability in the country,” Nechirvan Barzani wrote in a tweet, warning of its serious consequences.

Abu Ali al-Askari, a senior commander of the Iraqi anti-terror Kata’ib Hezbollah group, which is part of the country’s Popular Mobilization Units (PMU), later reacted to the purported assassination attempt on Kadhimi.

A scene of explosions and heavy shooting in the center of the capital, Baghdad, after the failed assassination attempt on the Iraqi Prime Minister. #Iraq #PM #GreenZone #Iran #مصطفى_الكاظمي #العراق #بغداد #الحشد_الشعبي #الحشد_منظمة_ارهابية
pic.twitter.com/An42JNwes0 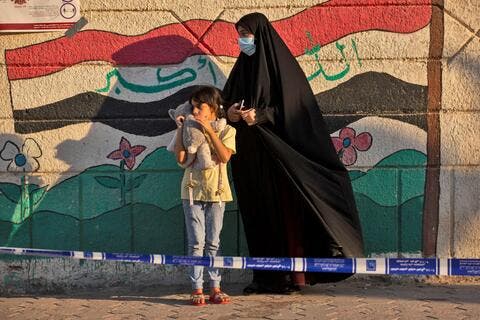 “According to our reliable information, no one in Iraq is willing to squander a drone and fly it over the former prime minister’s residence. Playing the victim is a time-worn tactic, which is history now,” he said in a Telegram message on Sunday.

“Even more ridiculous is the fact that he calls on the nation to show restraint and calm. Who should be worried? Who has lost his control?” Askari said.