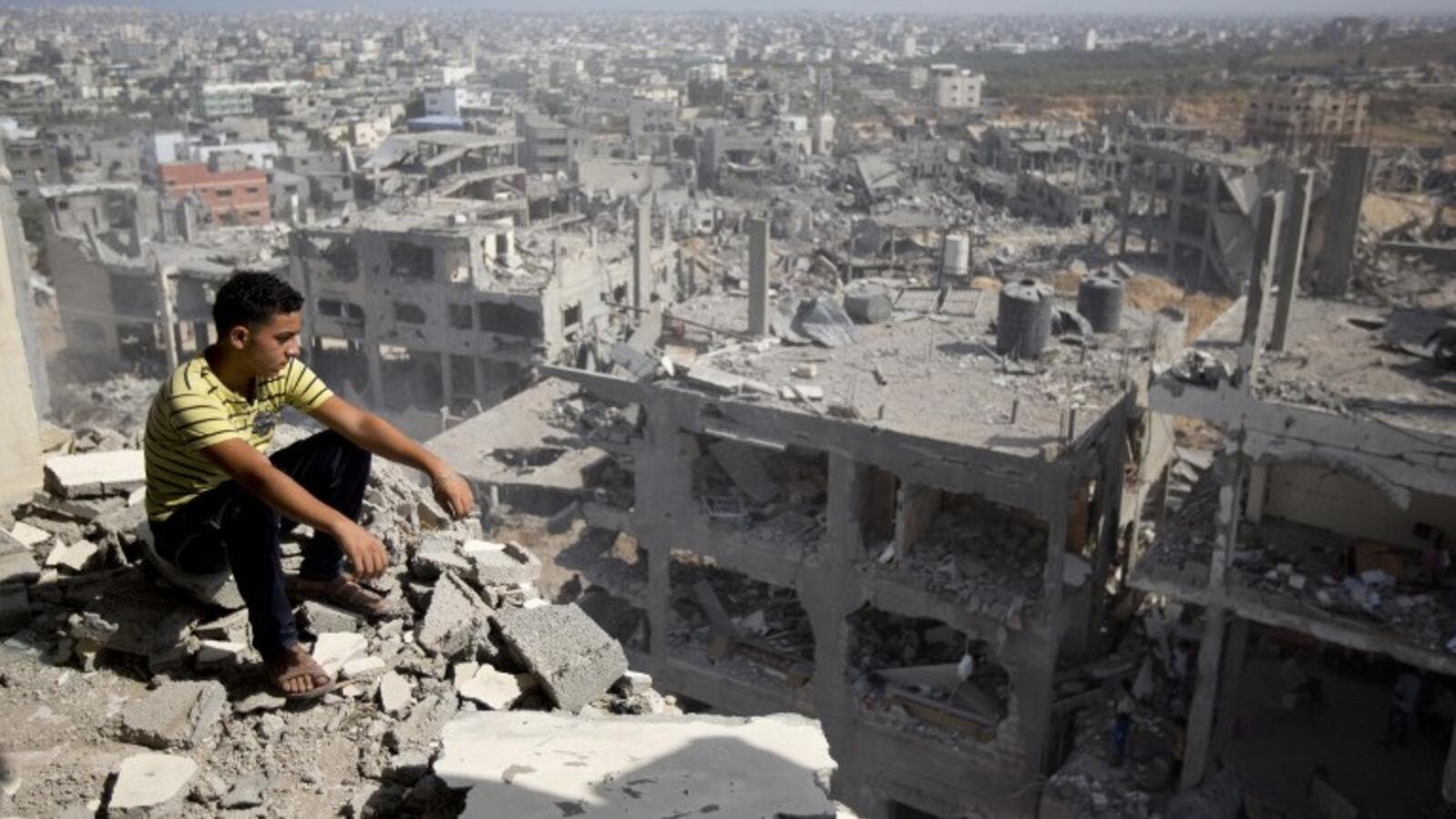 A Palestinian man overlooks destruction in Gaza City's al-Tufah neighborhood, during the second day in a ceasefire on Aug. 6, 2014. (AFP/Mahmud Hams)

A delegation from the European Parliament was prevented by the Israeli authorities from accessing the blockaded Gaza Strip this week, the delegation said in an official statement.

The authorities gave no justification to explain the refusal at the time. The delegation group reportedly arrived in Jerusalem on Monday and had arranged to travel to Gaza on Wednesday in order to evaluate EU-funded reconstruction in the war-torn enclave.

"This raises questions: what does the Israeli government aim to hide? We shall not give up on the Gazan people," Anderson said.

The EU is one of several international bodies that aid Gaza's over 1.8 million Palestinian residents, the majority of whom are forced to rely on foreign aid as Israel's military blockade on the strip - upheld by Egypt on Gaza's southern border - nears a decade.

Palestinians in Gaza have struggled to rebuild from the mass destruction caused by three Israeli offensives on the strip over the past six years, and the UN reported last year that the strip could become "uninhabitable" within five years if current trends continue.