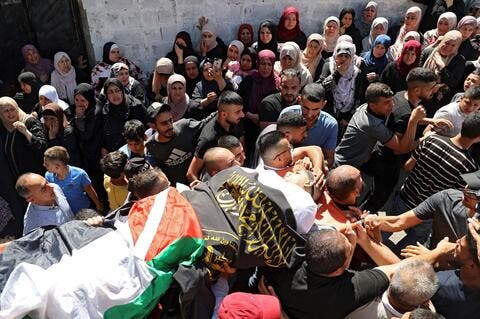 Khalida Jarrar, who is a member of the Popular Front for the Liberation of Palestine (PFLP), was detained in October 2019, eight months after she was released following 20 months in administrative detention without trial or charge, according to Al Jazeera.

Just now, Khalida Jarrar has been released yet again from Israeli incarceration where she was refused the ability to bury her daughter, Suha- our beautiful friend. pic.twitter.com/0A68tgRxQI

She was held in administrative detention again until March this year when an Israeli military court charged her with “membership in an illegal organization” due to affiliation with the Popular Front for the Liberation of Palestine (PFLP) political party, a charge over which she was previously imprisoned. Al Jazeera also reported.

Jarrar was elected as a member of the Legislative Council in the last Parliamentary elections held in 2006.

In July, Israeli authorities refused to release her to attend the funeral of her daughter, Suha, QNN reported.

Palestinian parliamentarian Khalida Jarrar released from Israeli prison where was held for 2 years in administrative detention
The first place she went was to the grave of her daughter Suha, who died this year with her mother prevented from seeing her or attending her funeral pic.twitter.com/IPrMKGR4Vk 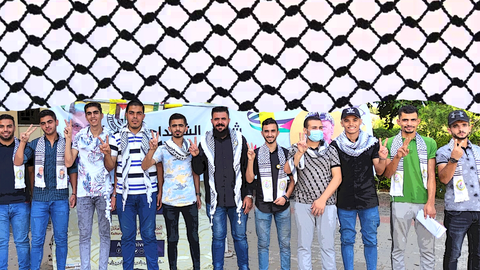 Has Hamas Banned the Palestinian Keffiyeh From a Gazan University?
— IPSC (@ipsc48) September 26, 2021

“It was very hard and painful to know that my darling Suha passed away, I have missed her too much. Please tell all my beloved ones to take care, I am strong,” Jarrar told her lawyer after being informed about her daughter’s death.

Currently, there are 4,650 Palestinian political prisoners in Isreali prisons, including 40 women, according to the Prisoner Support and Human Rights Association Addameer.