Has Hamas Banned the Palestinian Keffiyeh From a Gazan University?

Last Tuesday, the Palestinian Center for Human Rights issued a statement condemning attacks by the Hamas police against students at Al-Azhar University in Gaza, citing a "Hamas ban on keffiyehs" on campus. 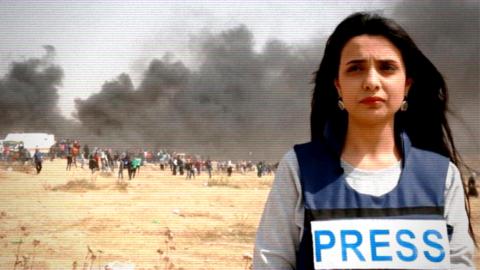 According to students at Al-Azhar University, more than 20 male students were attacked by police forces while on campus before Hamas police confiscated their keffiyehs, the white and black scarves often worn in Palestine.

While official statements issued by Al-Azhar University in Gaza avoided mentioning any reasons for the attack that targeted a number of its student activists who are affiliated with the Fatah bloc at the university, many Gazan students and commentators took to social media to tell their stories, supporting what the Palestinian Center for Human Rights narrative of a "deliberate ban by Hamas on keffiyehs."

Translation: "Hamas police attacks students wearing Palestinian keffiyehs at Al-Azhar University and arrests Fatah students to prevent them from wearing it amid its ban." 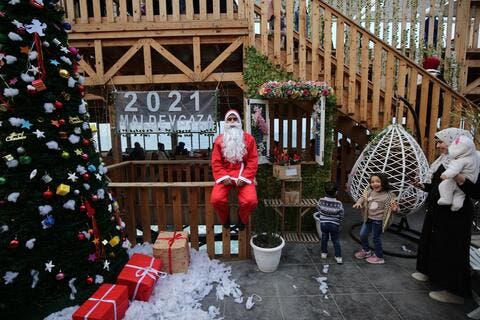 Translation: "If Fatah has done this everyone would be talking about it but everyone is silent because it is Hamas. The Palestinian keffiyeh has nothing to with Fatah or Abu Ammar, it is the national symbol since the 1936 revolution"

Despite official statements by Hamas, the group that control the Gaza Strip since 2007, claiming that the attack was "not on the basis of students wearing the Palestinian keffiyehs," online people insisted that the Hamas police are often triggered by the scarf that was usually worn by the former Palestinian leader Yasser Arafat, the founder and former leader of their political opponent Fatah

Social media users from Gaza used the hashtag #الكوفية_خط_أحمر (Arabic: The keffiyeh is a red line) to express their discontent with Hamas practices, and to tell anecdotes of the group's years-long attempts of promoting the red and black keffiyeh for its followers, to create a distinction between people who are affiliated with Hamas vs the ones affiliated with Fatah.