Published May 4th, 2021 - 06:27 GMT
An Israeli soldier walking up to the gate of the Rosh HaNikra Crossing, also known as the Ras Al Naqoura Crossing, between Israel and Lebanon on Oct. 12, 2020. (AFP Photo)
Highlights
Border talks will take place at the UN Interim Force in Lebanon (UNIFIL) base in Naquora, near Rosh Hanikra.

Israel and Lebanon plan to resume negotiations on their maritime border on Tuesday, after talks broke down last year. 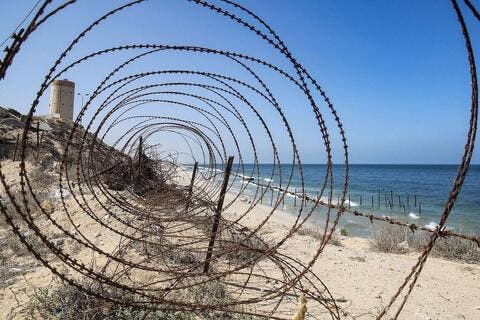 The talks will take place, with US mediation, at the UN Interim Force in Lebanon (UNIFIL) base in Naquora, near Rosh Hanikra, as they did in October and November of 2020.

The fifth round of negotiations between Israel and Lebanon about the borders has started with no media coverage.

“The goal of the delegation in the meetings,” Energy Minister Yuval Steinitz’s spokesman said, “is to examine the possibility of reaching an agreement on setting the maritime border between the countries and to find a solution that will allow for the development of natural resources in the region for the welfare of residents of the region.”

Israel and Beirut entered negotiations in October for the first time in 30 years, holding four meetings before talks stopped.

The border dispute is about a triangular area of the Mediterranean Sea that starts at the countries’ land border, and is 5-6 km. wide on average. The area constitutes about 2% of Israel’s economic waters.

During last year’s negotiations, Lebanon upped its demand with a line extending much further south, increasing the disputed area from about 860 sq.km. to 2,300 sq.km.

Israel and Lebanon are set to resume US-mediated negotiations on their maritime border after talks had broken down last year.

Two weeks ago, Lebanese Public Works and Transportation Minister Michel Najjar announced that the greater demands would be submitted to the UN, but Lebanese President Michel Aoun stopped the process. 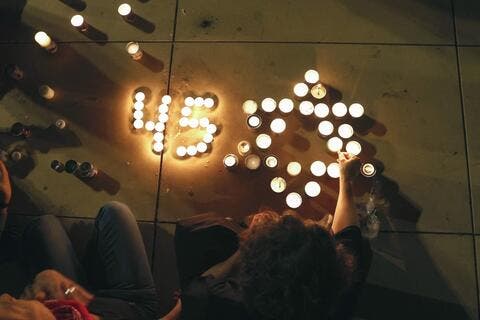 Israel drew its own map in response to Lebanon’s increased demands, claiming more than double the area of the Mediterranean Sea that is currently in dispute. The map was first published by The Jerusalem Post last week.

The Energy Ministry only planned to use the map if Lebanon moves forward with submitting its new position to the UN.