Published August 7th, 2022 - 10:06 GMT
The friend of a young Palestinian killed during the night in the Jabalia refugee camp in the northern Gaza Strip, reacts during his funeral in the same camp, on August 7, 2022. (Photo by MAHMUD HAMS / AFP)

Israeli media sources reported that Israeli officials began talks to reach a possible ceasefire in Gaza along with the help of Egypt. 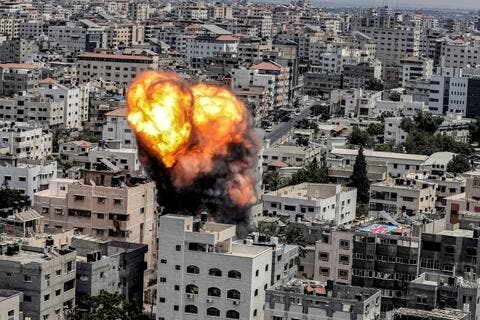 US officials also added they are holding talks with the Israeli authorities to stop the missiles and de-escalate tension on Gaza that started on Friday and led to the death of 32 people, Al-Jazeera reported.

In the other hand, thousands have taken to the streets in Rafah, Gaza to mourn the death of Islamic Jihad commander Khaled Mansour and the six other Palestinians who were killed in the latest Israeli attacks.