Published September 2nd, 2021 - 09:45 GMT
Palestinians gather on August 30, 2021 during a protest along the border fence with Israel, east of Gaza City in the central Gaza Strip, demanding an end to Israel's blockade and the right of Palestinians to return to lands they fled or were expelled from when the Jewish state was founded. (Photo by MOHAMMED ABED / AFP
Highlights
Israeli forces attack protesters on Gaza border

Clashes continue between Israeli forces and the Palestinians protesting in the Gaza Strip against the Tel Aviv regime’s crippling siege on the coastal sliver, injuring dozens of them. 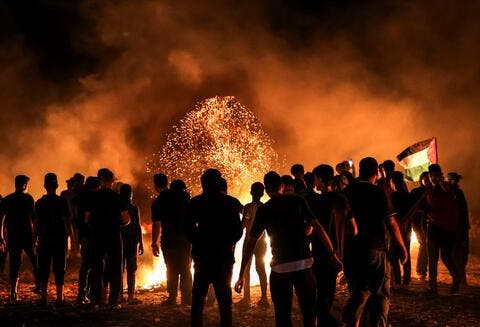 The demonstration took place in Rafah Governorate near the border fence separating Gaza from the Israeli-occupied territories for a fifth straight night on Wednesday.

A young Palestinian man was shot in the chest with a rubber-coated bullet, and suffered moderate wounds. Two other youths were also injured by gas bombs.

Additionally, dozens of Palestinians suffered the effects of tear gas inhalation during the clashes.

Over the past two weeks, at least one fatality and 80 injuries have been reported among Palestinian protesters in protests along the border fence.

The Gaza Strip has been under an Israeli land, air and sea blockade since June 2007, which has caused a decline in the standard of living as well as unprecedented levels of unemployment and unrelenting poverty.

Israel maintains a heavy naval presence off the coast of the impoverished Palestinian enclave, severely affecting the livelihood of fishermen.

Israeli occupation forces stormed a kindergarten in occupied Hebron because 4 and 5 year old Palestinian children are an existential threat to the state of Israel, apparently. pic.twitter.com/eeJfzrSVwl

The regime also launches bloody bombing campaigns on Gaza, the latest of which occurred in May, with the Palestinian resistance groups firing unprecedented rocket barrages towards the occupied lands.

On Wednesday, Israel removed the restrictions it had imposed on the Gaza Strip since May following its 11-day military aggression on the Plaestinin territory.

The measures included expanding Gaza’s fishing zone to 15 nautical miles and allowing more goods and construction materials into the coastal sliver through the Kerem Shalom Crossing as well as an additional 5 million cubic meters of water. 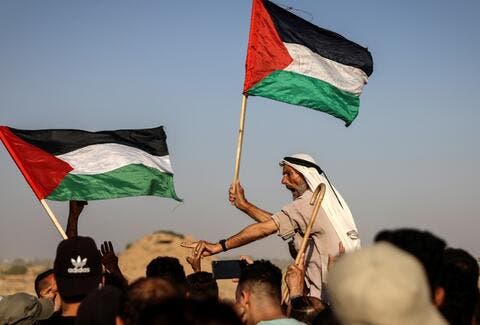 Five thousand more workers will also be permitted into the occupied territories from Gaza on top of the 2,000 already permitted in.

“These civil steps were approved by the political echelon and are dependent upon the continued preservation of security stability for an extended period. An extension of them will be considered in accordance with a situational assessment,” Israel’s military liaison to the Palestinians said in a statement.