Published August 29th, 2021 - 08:25 GMT
Palestinian protesters burns tyres following a demonstration along the border between the Gaza Strip and Israel east of Gaza City on August 28, 2021. (Photo by Mahmud hams / AFP)
Highlights
Gaza Strip has been subject to a constant Israeli siege and concomitant aggression since 2007

Israel carried out airstrikes on the central part of the Gaza Strip, amid the regime’s successive crackdowns on Palestinian protests across the Tel Aviv-blockaded coastal sliver. 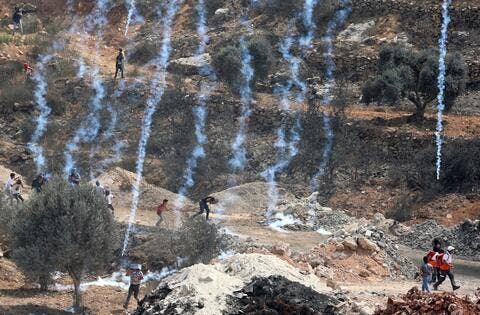 Israeli media outlets said the attacks had come in response to alleged dispatch of incendiary balloons towards open areas inside the occupied territories.

The strikes came hours after reports said as many as 11 more Palestinians had been injured during the regime’s brutal attacks on protests in the coastal territory.

Gaza’s health ministry gave the toll on Saturday. It said the casualties were caused after the Israeli military started shooting at demonstrators in the eastern part of the coastal sliver.

The wounded include some journalists, Lebanon’s al-Mayadeen television network reported.

One of the victims is in a critical condition after being shot by an Israeli bullet in the head, the network added.

It did not specify whether the person in question had been targeted by live ammunition or rubber-coated rounds.

Gaza has been subject to a constant Israeli siege and concomitant aggression since 2007, when the Palestinian resistance movement of Hamas took over its rule.

Gazans hold regular demonstrations, especially near the enclave’s border with the occupied territories, in protest at the age-old plight that Tel Aviv has been visiting on them and their fellow Palestinians.

Since Tuesday, at least two Palestinians have died after the regime started firing live rounds at protesters near the border fence.

8-year-old Mohammed Shaaban lost his sight during Israel’s bombing campaign on the Gaza Strip, and now his school's administration has refused to let him continue to study there as they can't accommodate his disabilityhttps://t.co/Qy9uJG7yev

One of the victims has been identified as 12-year-old Omar Hassan Abu an-Neel, who succumbed to head injury earlier on Saturday.

The regime’s aggression has seen it take the territory under three full-scale wars, alongside its rampant sorties. The latest such war took on the territory in May, killing scores of Palestinians. 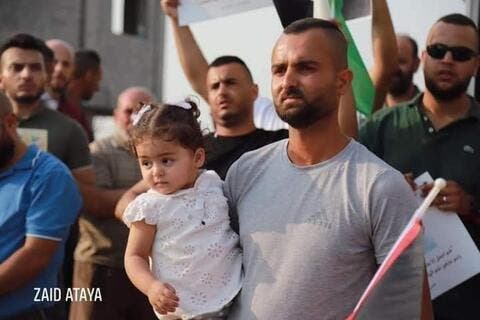 Hamas and its fellow resistance group, the Islamic Jihad, retaliated by firing around 4,000 rockets into the occupied territories.

The deadly Israeli violence rages on, although, the Gaza-based factions have warned Tel Aviv strongly against its tempting another wholesale reprisal.

Iraq: How do you bring murderers, rapists to justice?

5 years on: Rebuilding destroyed Mosul After ISIS is not easy