Published April 24th, 2021 - 04:38 GMT
Palestinians burn a tyre as they shout slogans in support of the Al-Aqsa Mosque during a rally in Gaza city on April 24, 2021, condemning overnight clashes in Israeli-annexed east Jerusalem. Israeli police scuffled with Palestinians for a second night April 23 in annexed east Jerusalem, amid mounting tensions over a ban on gatherings and anger fuelled by videos posted of attacks. MOHAMMED ABED / AFP

The Israeli military has bombarded the besieged Gaza Strip, calling the assault a response to alleged rocket fire, as the Tel Aviv regime continues with its acts of aggression against the blockaded Palestinian enclave. 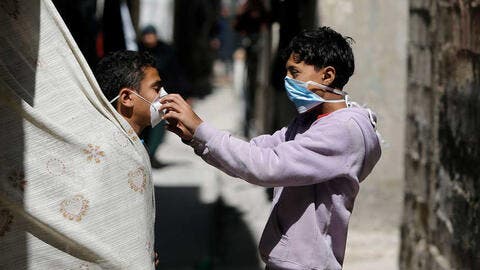 In a Territory of Over 2 million, Gaza Only has Enough Kits to Test Less Than 500 People per Week

In a statement issued following the attack, the Israeli military said that an Israeli tank attacked an outpost purportedly run by the Gaza-based Hamas resistance movement at around 2:40 a.m. local time on Saturday.

It further claimed that the attack was conducted in retaliation for two rounds of rocket attacks, saying that the first three rockets had been fired from the Gaza Strip toward the occupied territories at around 11:00 p.m. local time on Friday.

The statement added that one of the projectiles was intercepted but the two others landed in open areas near the town of Kissufim, in the Eshkol Regional Council, in the vicinity of the Gaza fence.

Israel’s military further said that the second rocket salvo consisted of at least seven rockets, three of which were intercepted and the rest landed in open areas. It did not specify the exact locations where the rockets landed.

There were no immediate reports of injuries or damage in the alleged rocket attacks, but the Israeli military said that sirens were sounded across almost all parts of the occupied territories.

Palestinian resistance groups carry out occasional rocket attacks against the occupied territories from the sliver that has been under a crippling Israeli blockade since 2007 and has experienced three full-scale Israeli wars.

The Israeli military has conducted a fresh attack against the besieged Gaza Strip. https://t.co/LQGVRVnoKc

The regime uses the incidents, which seldom leave considerable material damage not to mention any casualties, to take Gaza under fresh air and ground bombardment. 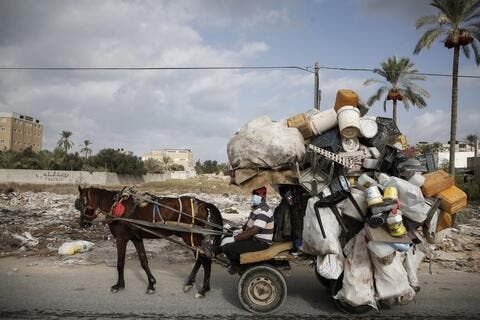 The clashes began on Thursday evening and continued until the early hours of Friday. Israeli forces also arrested 50 Palestinians during the skirmishes.cket