Published June 16th, 2021 - 05:47 GMT
A Palestinian protester throws a burning projectile towards Israeli forces during a demonstration east of Gaza City by the border with Israel, on June 15, 2021, to protest the Israeli ultranationalist March of the Flags in Jerusalem's Old City which celebrates the anniversary of Israel's 1967 occupation of Jerusalem's eastern sector. MAHMUD HAMS / AFP
Highlights
Israeli army attacks besieged enclave for first time since cease-fire reached on May 21

Israeli warplanes carried out airstrikes early Wednesday on positions in the Gaza Strip belonging to the Palestinian resistance group Hamas. 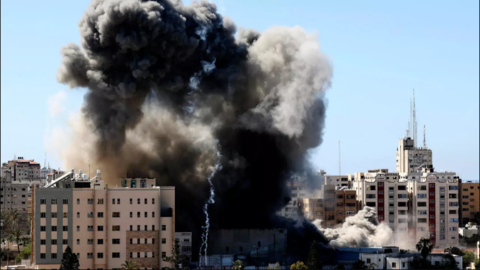 The Israeli army said in a statement that it targeted Hamas compounds, including ones in Al-Yarmouk area east of Khan Younis city.

#GazaUnderAttack again. The occupation state has launched a series of airstrikes on several targets in the #Gaza strip
prayers for gaza#FreePalestine #GazaUnderAttack#غزة_تحت_القصف pic.twitter.com/T6qxD7QS4v

It also bombed a position in Zeitoun neighborhood.

The Palestinian Health Ministry has not provided any information on whether there are any casualties.

First attack since the ceasefire

The Israeli army also said in its statement that the airstrike was carried out in response to the sending of incendiary balloons from Gaza into southern Israel.

The airstrikes were the first since a ceasefire was reached between Israel and Hamas on May 21. 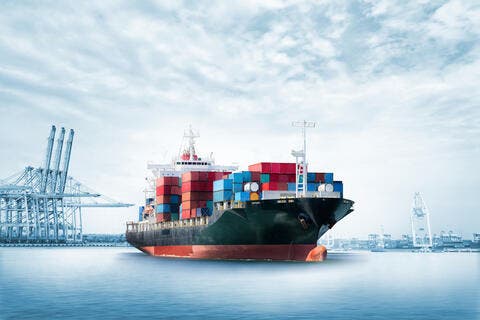 An Egyptian-brokered truce that took effect in the early hours of May 21 ended Israel’s 11-day bombardment of the Gaza Strip.

The Israeli attacks in Gaza and the West Bank killed at least 289 people, including women and children, and left behind a trail of destruction. Health centers and media offices as well as schools were among the structures targeted.