Its Najib Mikati's Turn Next in Lebanon - Will he be Able to Form a Cabinet?

Three former Lebanese prime ministers have endorsed Najib Mikati to become Lebanon’s next premier, more than a week after Prime Minister Saad Hariri resigned as a result of a nine-month political deadlock. 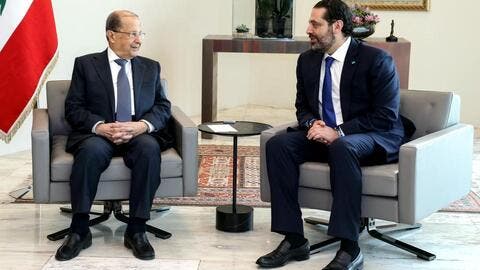 Mikati, himself a two-time former premier, received endorsements from Hariri, Fuad Siniora and Tammam Salam on Sunday, when the four held a meeting in Beirut, ahead of Monday’s scheduled selection process.

“The Lebanese people are expecting positive initiatives from everyone, extending and complementing the French road map and the initiative of Parliament Speaker Nabih Berri” for the formation of a government of “independent, non-partisan specialists, removed from political powers and parties,” read a statement issued after the meeting, according to L’Orient Today.

Mikati also gained the endorsement of Speaker Berri, the Progressive Socialist Party, and the Amal Movement, with the Hezbollah movement expected to endorse him as well.

Lebanese lawmakers were scheduled to meet with President Michel Aoun on Monday to vote to designate a new prime minister. With Mikati’s endorsements, he is favored to win.

The new prime minister will need to agree with Aoun on the composition of any new government, amid growing problems faced by the country, including a crippling financial crisis and severe shortages of basic goods such as medicine and fuel.

In spite of the endorsements, Mikati lacks support from the majority of Christian lawmakers, with the Lebanese Forces’ 15 parliamentarians saying they would not name a candidate and the Free Patriotic Movement’s 31 MPS opposing Mikati.

Under Lebanon’s political system, the post of prime minister is held by a Sunny Muslim, the parliament speaker is held by a Shia Muslim and the president is a Maronite Christian.

Lebanon has been without a full-fledged government since caretaker Prime Minister Hassan Diab resigned after the Beirut port explosion last August.

Lebanon has been mired since late 2019 in a deep economic and financial crisis, exacerbated by a political deadlock.

Najib Mikati is expected to be named prime minister later today - 3rd PM since the government resigned last year; previous two stepped aside after failing to form a cabinet; mikati expected to insist on same demands of Saad Hariri who stepped aside earlier this month #Lebanon

The economic and financial crisis is the gravest threat to the country’s stability since the 15-year civil war ended in 1990.

The crisis is mostly linked to the sanctions that the United States and its allies have imposed on Lebanon as well as foreign intervention in the Arab nation’s domestic affairs.

Many blame intervention by certain foreign states for the impasse, among them Saudi Arabia, Hariri's birthplace, and France, Lebanon’s former colonial power.

Hariri announced his resignation on July 15, citing differences with Aoun on the formation of a new cabinet. 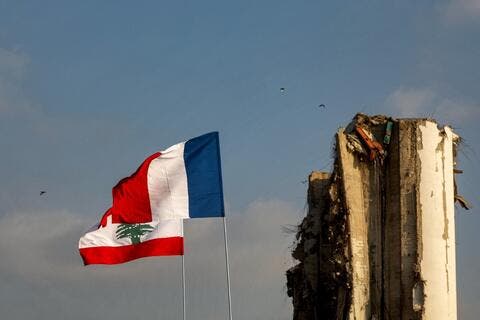 “I met with the president, and we had consultation on the issue of the government,” Hariri told reporters shortly after meeting with Aoun, adding, “There were amendments requested by the president, which I considered substantial in the line-up.”

“It is clear that the position of Aoun has not changed... and that we will not be able to agree,” Hariri said.