Jake Sullivan: The US to Impose More Sanctions on Russia

President Joe Biden will unveil another round of sanctions on Russia and tighten existing ones during his visit to Europe this week, his national security adviser announced on Tuesday. 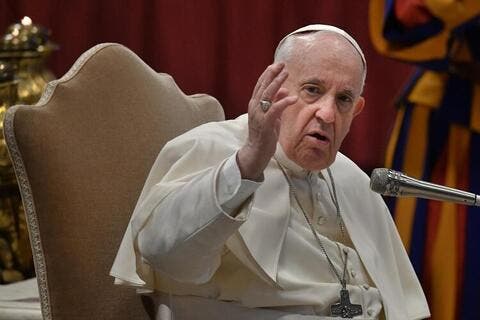 Biden is due to leave the White House tomorrow ahead of a N.A.T.O. summit in Brussels on Thursday.

'He will have the opportunity to coordinate on the next phase of military assistance to Ukraine,' said National Security Adviser Jake Sullivan.

President Joe Biden and U.S. allies plan on Thursday to roll out additional sanctions on Russia due to the country’s ongoing invasion of Ukraine, according to Biden’s national security adviser, Jake Sullivan.https://t.co/UF2pAOfvb3

'He will join our partners in imposing further sanctions on Russia and tightening the existing sanctions to crack down on evasion and to ensure robust enforcement.'

The president will also unveil additional help for refugees and for civilians inside Ukraine, many of whom are trapped in besieged cities, he added.

'From Brussels, President Biden will travel to Poland where he will engage with US troops, who are now helping to defend NATO territory, and he will meet with experts involved in the humanitarian response,' said Sullivan.

'He will also hold a bilateral meeting with President Duda of Poland.'

The U.S. and allies have already imposed sanctions on Russia, as part of an effort to weaken President Vladimir Putin's position at home and starve funding from his war machine.

Washington has also worked with European and N.A.T.O. governments to deliver billions of dollars of weapons and aid to Ukraine.

During the briefing at the White House, Sullivan was also asked about Russia's potential use of nuclear weapons.

'We have not changed our nuclear posture today. But we are constantly monitoring for that potential contingency and of course we take it as seriously as one could possibly take it,' he said.

'We will be consulting with allies and partners on that potential contingency among a range of others and discussing what our potential responses are.'

Sullivan said Biden will use the trip to work with allies on strengthening N.A.T.O.'s defenses on its eastern flank.

'He will announce joint action on enhancing European energy security and reducing Europe's dependence on Russian gas,' he said.

Poland has received an influx of more than 2 million Ukrainian refugees.

Duda has already asked for more help in coping with the humanitarian emergency and for military reinforcement.

Polish leaders have also floated the prospect of a Western peacekeeping mission intervening in Ukraine, an idea that Washington rejects for fear it would escalate the conflict.

Nearly a month into the war, Russian troops have failed to seize a single major city and their advance has been halted on nearly all fronts by staunch Ukrainian defense.

National Security Adviser Jake Sullivan says that plans could 'evolve depending on Russia’s actions,' though U.S. troops are not being deployed to aid Ukraine at this time pic.twitter.com/IVFUmYab9A

'We picked up some indications that some of their soldiers are suffering from frostbite because they they lacked the appropriate cold weather gear for the environment that they're in ... that they haven't - in addition to food and fuel - even in terms of personal equipment for some of their troops they are having trouble,' said the official. 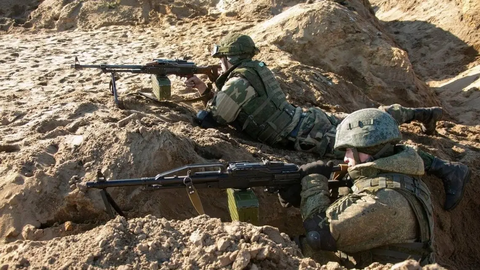 'They're having trouble and we picked up indications that some troops have actually suffered and been taken out of the fight because of frostbite.

'So yes, they are having continued logistics and sustainment issues.'