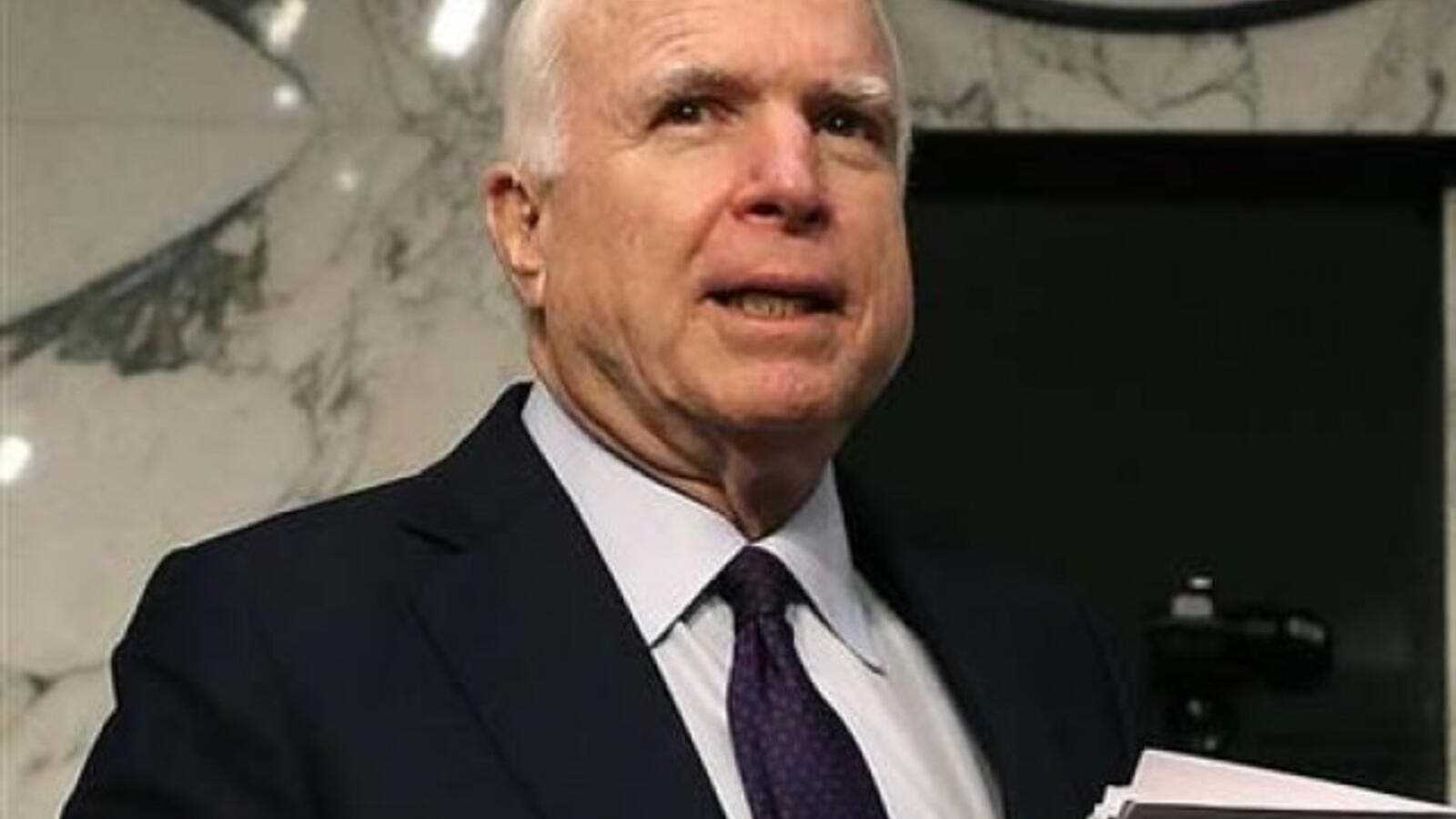 “President Trump last week signaled to the world that the United States would prematurely withdraw from Syria. Bashar Assad and his Russian and Iranian backers have heard him, and emboldened by American inaction, Assad has reportedly launched another chemical attack against innocent men, women and children, this time in Douma," McCain said in a statement on Sunday.

The belligerent chairman of the Senate Armed Services Committee called on President Trump to launch a military strike on the Syrian government, following reports of a chemical attack near the capital Damascus.

The alleged chemical attack on Saturday in the militant-held town of Douma in the Eastern Ghouta region left dozens dead and drew international condemnation from various countries and international bodies. The Assad government strongly rejected the allegation of using chemical munitions.

Trump has announced that he wants to withdraw U.S. troops from Syria, complaining that Washington has wasted trillions of dollars in Middle East wars.

The president, however, changed his mind after his advisers reportedly convinced him that an abrupt withdrawal from Syria could risk resurgence by the ISIS terrorist group.

A top Trump administration official told NBC News on Wednesday that the president agreed in a meeting with his national security team Tuesday to keep American military presence in Syria for an undetermined period, but "wasn't thrilled about it, to say the least.”

He also said that McCain and Senator Lindsey Graham are complete operatives of the U.S. Deep State.

“Lindsey Graham and John McCain are two of the biggest warmongers in the United States Senate. They are complete operatives of the Deep State. Their job is to keep these wars going in the Middle East, for lots of reasons; first of all, in the interest of Israel, that’s why he mentioned Iran, because Israel does not want any Iranian influence whatsoever in that area, but also in the interest of the military-industrial complex,” he said.

And, according to Syrian media reports, the United States launched a missile strike on the T-4 military airport in Syria's Homs province on Monday morning.

Several people were reportedly killed and wounded in the attack on the airbase, which is located in the countryside of the western city of Homs.