A Jordanian MP expelled from parliament for inciting riots, has been arrested Jordan News Agency reported on Wednesday. 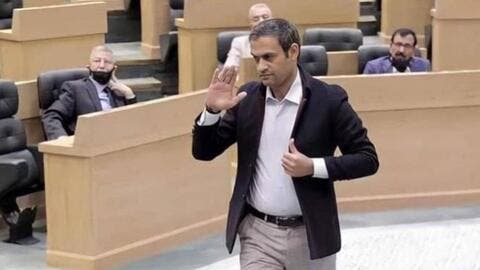 Jordanian MPs voted earlier this month to remove Osama Al-Ajarmeh from the lower house after violence erupted in the suburb of Naour, a stronghold of the Ajarmeh tribe in southwest Amman.

Four police officers were wounded in clashes with supporters of the MP.

Al-Ajarmeh was seen in a video insulting King Abdullah II while carrying a sword and a gun in a shoulder holster.