Kushner Opens Bahrain ME Meeting, Calls it 'Opportunity of The Century' 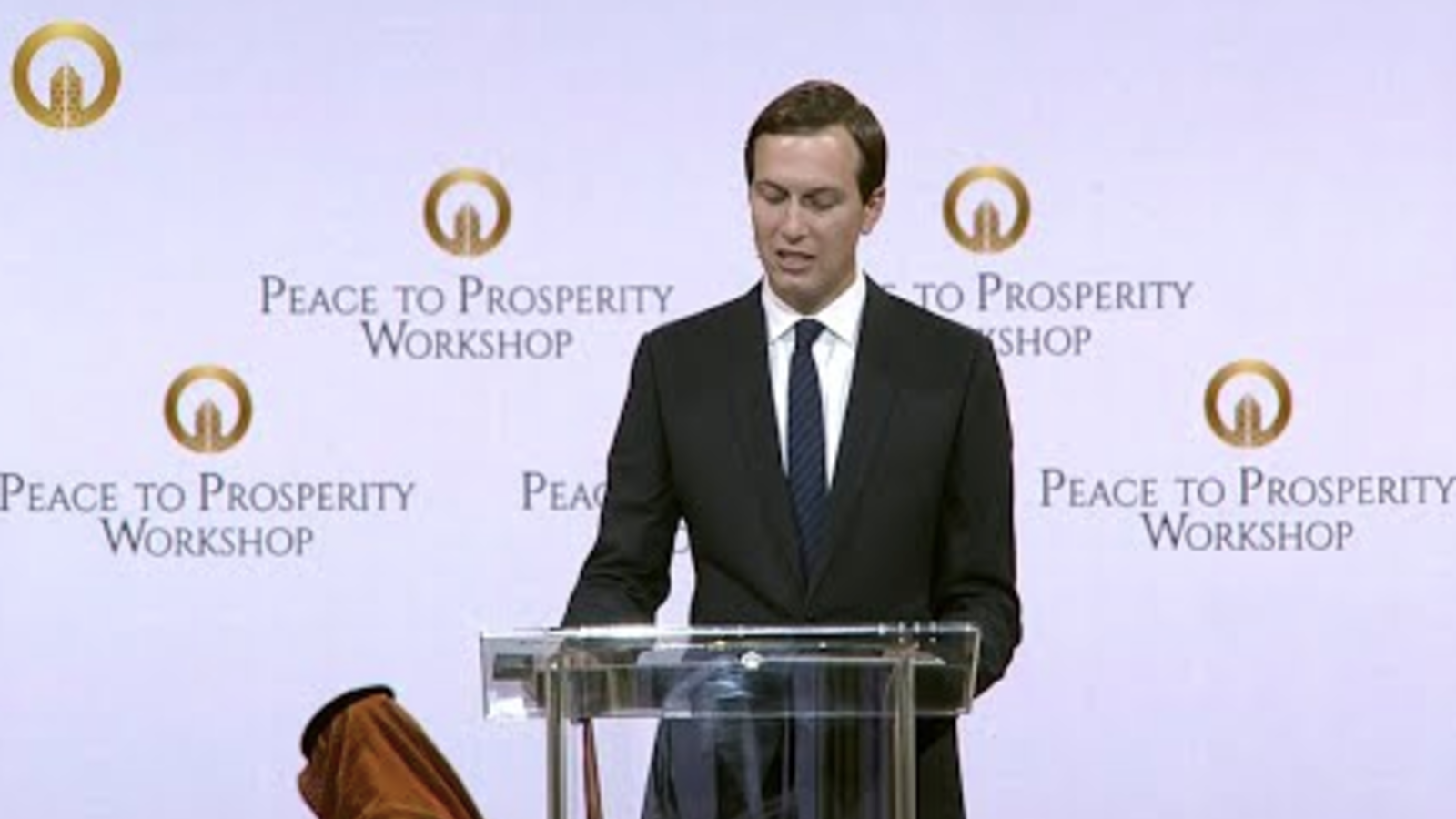 White House adviser Jared Kushner declared on Tuesday that agreeing on an investment-driven pathway forward for the Palestinians was a necessary precondition for ending the decades-old conflict.

"Agreeing on an economic pathway forward is a necessary pre-condition to resolving the previously unsolvable political issues," he said as he opened a two-day international workshop in Bahrain being boycotted by the Palestinian Authority.

He added that his plan for the Middle East was "the opportunity of the century" for the Palestinians but that their acceptance was a pre-condition to peace.

While the Manama meeting will not address political solutions in the Middle East, Kushner acknowledged the need to take them up later.

But he added that by working to develop the Palestinian economy, the result could be “a real peace that leads to prosperity”.

“We see tremendous potential,” he said, adding the focus of the White House was on how to break deadlocked peace efforts.

Kushner acknowledged widespread skepticism about the intentions of President Donald Trump, his father-in-law, who has taken an unapologetically pro-Israel line including recognition of Jerusalem as Israel's capital.

But Kushner said that the Palestinians have been ill-served by previous peace-making efforts.

"My direct message to the Palestinian people is that despite what those who have let you down in the past say, President Trump and America have not given up on you," he said.

He dismissed the mocking description of his peace plan as the "deal of the century" but said: "This effort is better referred to as the Opportunity of the Century, if the leadership has the courage to pursue it."

The economic plan, revealed by the White House on Saturday, calls for $50 billion in investment over 10 years in the Palestinian territories and their Arab neighbors.

The Palestinian leadership has previously reiterated its disdain for the plan.

The meeting has been billed as the first part of Washington’s broader political blueprint to resolve the Israeli-Palestinian conflict.

But the political details of the plan, which has been almost two years in the making, remain a secret. Neither the Israeli nor Palestinian governments are attending the curtain-raising event in Manama, which Lebanon and Iraq are staying away from.

Palestinian President Mahmoud Abbas, whose Palestinian Authority exercises limited self-rule in the Israeli-occupied West Bank, was scathing about its prospects of success.

Washington will be hoping that attendees in Manama will show a concrete interest in the plan, which expects donor nations and investors to contribute $50 billion to Palestinian territories, Jordan, Egypt and Lebanon.