ALBAWABA - The Kuwaiti government resigned on Monday following a series of disagreements with the National Assembly, although only three months have passed since its formation. 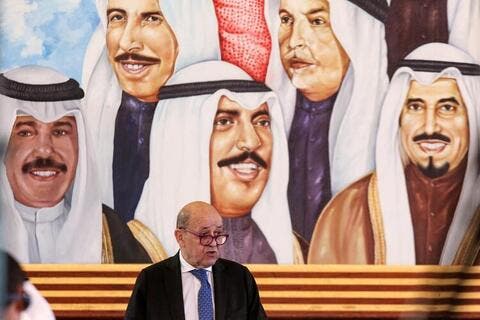 Earlier, the crisis intensified between the Council of Ministers and the National Assembly after their inability to reach consensus to satisfy both sides regarding several laws, especially legislation pertaining to finance.

The deputies insisted on to their positions, passing a number of laws, which the Council of Ministers had opposed and wanted to defer until a later time.

Among these laws was a legislation on buying debt, raising the salaries of retirees and cancelling what is considered "illegal" profits. The government argued that the laws will further strain the country's budget.

The gap widened following lawmakers' questioning of Finance Minister Abdul Wahab Al-Rasheed and State for Cabinet Affairs Barak Al-Shitan, which the Cabinet saw as an offending approach that reflected a lack of parliamentary confidence in its policies.

Azerbaijan evacuates its embassy in Iran