At Least Three Civilians Killed in Army Operation in Colombia

Colombia’s armed forces have killed at least three civilians in a military operation against drug trafficking on the southern border of the Latin American country, according to a human rights group. 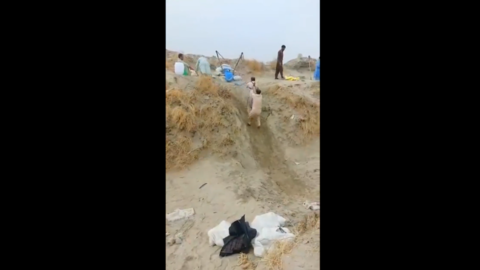 Oscar Daza, the spokesperson of the National Organization of the Indigenous Peoples of the Colombian Amazon (Opiac), said on Wednesday, "Those killed by the army were not guerrillas, but civilians, including indigenous comrades."

The Quechua governor, Pablo Panduro, and community leader Divier Hernandez and his wife were the victims, the human rights group said.

The army announced it had killed 11 suspected guerrillas involved in drug trafficking from the Revolutionary Armed Forces of Colombia (FARC) in an operation on the border with Peru the day before.

The national government agency in charge of protecting human rights in Colombia reported the death of a 16-year-old teenager while demanding a “quick clarification of the facts.”

Human Rights Watch also verified the death of “an indigenous governor, a community leader and his wife” during the army operation.

Juan Pappier, the NGO’s senior researcher for the Americas, said, “There is an urgent need to clarify the facts.”

No details were given about the seven other people also reported to have been killed in the fighting.

The Colombian prosecutor’s office announced on Twitter that an investigation was underway into the “events in Puerto Leguizamo where 11 people died.” However, it did not comment on the army’s operation.